Our lady has burned.

While I am physically recovering (more from the intubation it seems), my heart is broken.  Seeing the fires in Notre Dame yesterday were devastating.  Nearly 800 years old, the structure has seen and survived so much already, but to see it ablaze as it was in the height of the fire was beyond words.

Thankfully today we have seen an outpouring of support for the restoration, the hundreds of millions of dollars already promised and more coming in.  Further, we have learned more about the extent of the damage.  Two-thirds of the roof and the spire had collapsed, but the towers, the primary structure, and the remaining one-third of the roof were sound.  The main rose windows were secure, but some of the 19th century windows were damaged.  Further, much of the artwork and iconography was saved, thanks in part to a human chain of civil servants, emergency responders, and municipal workers.  A priest ran back into the building to save the Crown of Thorns.

We also know that this is not the first time the building has had to be restored.  The Hunchback of Notre Dame was written by Victor Hugo in respond to the deteriorated condition of the cathedral during his time.  Because of the book's success and attention, King Louis Philippe ordered the cathedral restored. 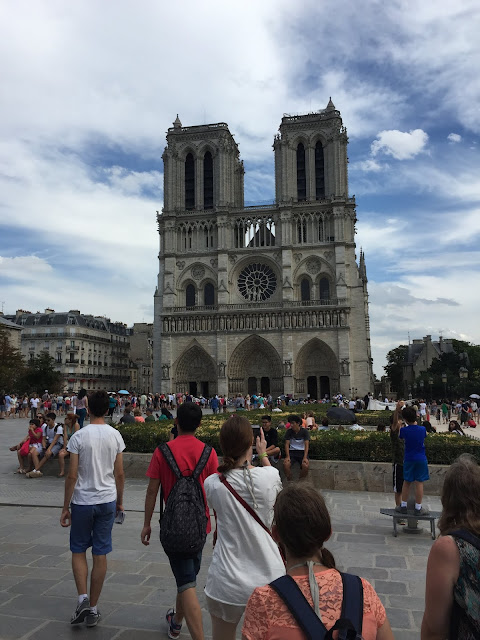 My heart goes out to the city of Paris and those who maintain and care for this beautiful church.  I will never forget being in the cathedral when they were tuning and testing the organ.  A truly moving experience.

She will survive and she will be restored.