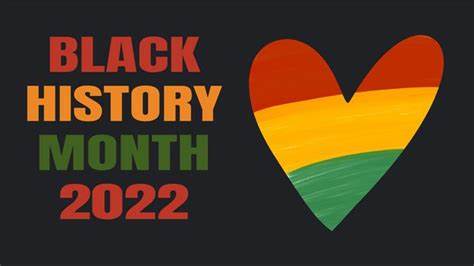 February is Black History Month.  While "officially" recognized in 1976 by President Gerald Ford, the celebration has its roots dating back to 1926, with the celebration of Negro History Week.  Historian Carter G. Woodson and the Association for the Study of Negro Life and History choose the second week in February because of the recognition of the birthdays of Abraham Lincoln and Frederick Douglas.

For both the week and the month, the focus remains the same, the coordinated teaching of the history of African Americans.  To recognize the overlooked contributions and impacts that African Americans have had on the course of American history.   The Hidden Figures if you will.  President Ford recognized this, for his part urging Americans to "seize the opportunity to honor the too-often neglected accomplishments of Black Americans in every area of endeavor throughout our history."

This mission also serves as a powerful antidote to the tendency we have toward creating selective histories, false narratives, alternative facts.  The early celebration of Negro History Week in the 1930s had to counter the growing and dangerous myth of the "lost cause" of the South.  The false narrative that the Civil War was not fought over slavery, that it was a war of Northern cultural and economic aggression toward the South.  A lie meant to maintain a Supremacist status quo.  As Woodson would write, "When you control a man's thinking you do not have to worry about his actions. You do not have to tell him not to stand here or go yonder. He will find his 'proper place' and will stay in it."  This aspect of the month's recognition has led some to claim its focus is rewriting history.

Instead, it's refocusing history.  Removing lies and myths that have been perpetuated for too long and have had too many lasting harmful effects, and in their place shedding light on long dormant corners of our history.  Uncovering the reality of history, in many instances for the first time.

We've seen the shock this causes to the American conscience.  How many white Americans learned about the Tulsa race massacre of 1921 for the first time by watching HBO's Watchman?  How about the Wilmington coup of 1891, focused on ousting a biracial local government and replace it with a white supremacist one?  That being the only successful coup in American history.  How many people learned about the contributions of Katherine Johnson, Dorothy Vaughan, Mary Jackson and the other Hidden Figures mathematicians through the eponymous film?  How many know about Hiram Revels, Bessie Coleman, Robert Sengstacke Abbott, Madam C.J. Walker?  Why do we more often find out about them outside of history class?
This is why the fight to preserve and improve our education system is so important.  For us to not give into those voices that are hiding the truth through the lens of "parental insight into eduction."  It's time we taught the truth and the whole truth.
This month is the perfect time for that education on an individual level to combat any attempts to hide it again.  Read African American authors, watch television and film from African American artists (which we are doing).  Google "Black History you should know" and explore - there are dozens of articles that could provide a great springboard for education.
There's a wealth of information out there to make this month an enriching experience.  All you have to do is be willing to learn.
Posted by Mitch at 4:25 PM