Last night, Hollywood held their annual celebration of film and filmmakers, hosting the 94th annual Academy Awards at the Dolby Theater. The event held many bright spots, including Ariana DeBose being awarded the Best Supporting Actress Award, the first queer person of color to receive such an award, Tony Kotsur being awarded the Best Supporting Actor Award, the first deaf actor to receive such an award and only the second deaf performer to be recognized (after his costar Marlee Matlin), Kenneth Branagh receiving his first award for the screenplay of Belfast, Hans Zimmer receiving his second award for the score to Dune, and for all the love Coda received including Best Supporting Actor, Best Adapted Screenplay, and Best Picture.

For sure, the telecast had its fair share of cringeworthy and head scratching moments even early in the program. A multitude of jokes from the three hosts, Wanda Sykes, Amy Schumer, and Regina Hall, that fell flat. The decision to have extreme sports stars Tony Hawk, Kelly Slater, and Shaun White introduce the 60th anniversary of the Bond films. The awkward insertion of the eight categories they cut from live broadcast. And viewed as a whole, the telecast was still a bloated, awkward, and even mean-spirited event. The strange decision of having an upbeat gospel choir perform the memoriam, the recognition of the 28th anniversary of Pulp Fiction, and the promise of the first live performance of the current hit We Don’t Talk About Bruno, which was anything but.

None of that really matters, though. Last night’s celebration will be remembered for Will Smith battering Chris Rock during the broadcast, and the heated exchange that followed.

(As an aside, from a legal-technicality perspective, this is where most people have erred in their discussion, suggesting that Smith committed assault against Rock. Technically, assault would have been Smith approaching the stage and Rock with the intent to intimidate, battery is the physical touching that followed. Smith committed both.)

In one of the oddest moments I have seen on live television, Chris Rock took the stage to announce the nominees and winner for Best Documentary Feature Film. Prior to the specifics of that award, Rock opened with a bit of room work, as if it was part of his stand up routine or as if he were hosting. After a couple of initial jokes, he came to a joke about Jada Pinkett-Smith. Rock commented on Pinkett-Smith’s shaved head, saying that he loved her and was looking forward to seeing her in G.I. Jane 2. The camera panned to the Smith family for their initial reaction. While Will Smith pretty visibly laughed and reacted to the joke, Jade Pinkett-Smith rolled her eyes and was visibly upset by the joke. The camera then switched back to Rock who was continuing his shtick. After about 10-15 seconds of material, Rock’s face changed, as the camera revealed that Will Smith was taking the stage. Smith walked up to Rock, smacked him across the face, and left the stage.

At this point, to most everyone watching, it seemed like a bit. A planned event in the evening, that while shocking, would have been completely staged. When the audio dropped out of the broadcast for FCC reasons, it became clear it was no bit.

Rock, quite stunned, then said “Will Smith just slapped the sh!+ out of me.” Smith, replied “Keep my wife’s name out of your f*#k!ng mouth.” Rock asked something like “You’re upset about a G.I. Jane joke?,”to which Smith reiterated, yelling from his seat, “Keep my wife’s name out of your f*#king mouth.” Rock looked around, as if he was trying to confirm how the producers were going to proceed, but continued on with the show.

And so it was, on with the show, as if nothing had happened. Sure, there were a couple of mentions of the awkwardness and there were a couple of guests who tried to mediate. Denzel Washington and Tyler Perry tried to smooth the situation over in the commercial break. Sean Combs even made mention of it in his introduction to the anniversary of The Godfather, suggesting that Smith and Rock should work things out like adults at the after party. If you had told me years ago that Puff Daddy would be the voice of reason at the Academy Awards in 2022, I would have fell out of my chair.

Smith would even go on to win the Academy Award for Best Actor for his performance in King Richard. His speech was an emotional ramble that was part defense, part therapy session, and minor mention of a broad apology to the Academy and to the other winners and nominees. Mostly it was a scrambled justification of his need to be a protector, with the strangeness punctuated by cuts in the video feed when the Williams sisters were shown because of unfortunate wardrobe malfunctions. An emotional speech, but not exactly what was required.

The event tainted the rest of the broadcast. Ahmir Khalib Thompson, aka Questlove, seemed visibly shaken during his acceptance of the award for Best Documentary Feature immediately following the event. The rest of the presenters seemed unsure of what was going to happen. Smith’s own award remained awkward because of the event and his acceptance speech. The combination made the smattering of standing ovations he received even stranger.

The altercation between Rock and Smith has its roots in the 2016 Academy Awards, which Rock hosted. Smith was thought to have been snubbed a nomination and Pinkett-Smith had announced a boycott of the event. Rock made several jokes at their expense that year, starting a bit of a feud. This year, the target of Rock’s joke was Pinkett-Smith’s shaved haircut. To many who did not know, this seemed to be just a joke at a stylistic choice. Pinkett-Smith, however, has been open with her struggle with alopecia and the hair loss that has resulted. While it is unclear that he knew for certain, Rock certainly would have been well situated to know of Pinkett-Smith’s condition.

This makes the joke tasteless, no question. It’s not a great joke, even if her haircut was purely a stylistic choice. It’s never really a great joke to pick on someone’s appearance.  When it is at the expense of a condition for which she has no control, the joke is offensive.

But the question we have to answer as a society is whether it is acceptable to meet words, no matter how offensive, with violence.

And that question has been asked a lot today.

To many, the answer is absolutely yes. I can’t tell you how many responses I have read that amount to “Rock got what was coming to him,” “Smith absolutely had to stand up and defend his wife,” or “what else did you expect?” These same responses can’t believe that Rock would go after someone’s spouse. Smith’s actions are being portrayed as the desired outcome, the noble outcome even, as he was stepping up and defending his wife’s honor. Celebrities like Tiffany Haddish echoed this sentiment, commenting “When I saw a Black man stand up for his wife. That meant so much to me… it made me believe that there are still men out there that love and care about their women, their wives.” There are whole chains of tweets where girlfriends are asking their boyfriends if they would do the same for them.

This line of thinking is so problematic. First, while defending and standing up for your spouse/significant other is noble, in this instance, Pinkett-Smith is also a celebrity and a public figure, who is in the public eye and open to ridicule at these ceremonies just like Smith himself, and like Smith himself, Pinkett-Smith is perfectly capable of defending herself. Second, the manner of the defense does not match the offense. Had Smith approached Rock and said “not cool man, that goes too far, you know what she’s dealing with” Smith has taken the high road and Rock looks like an ass. Even if he just yelled his existing comment from his seat, the point remains. Smith is still defending his spouse, he’s just using a broader tool box of available defenses. As it stands, Smith comes off looking like the aggressor, especially to the millions of people who did not know what Pinkett-Smith was suffering.

It also becomes very confusing regarding what we are trying to teach as a society. The same commentors justifying Smith’s actions would condemn violence in every other situation. They just look at this one and say, “this one’s cool though.” And for some even, “this one is desirable.”

Violence, even in defense, is a measure of last resort. It’s what we use when everything else has failed, because we know the consequences. It remains true on a macro level, in global conflict, and it remains true on a micro level in interpersonal relationships. Smith never even tried any other avenues. We went from joke to physical confrontation, in no time flat. It was the first resort.

At some point, we have to remember “two wrongs don’t make a right.” And hopefully, in doing so, we may can change the conversation around this.

We certainly do live in interesting times. 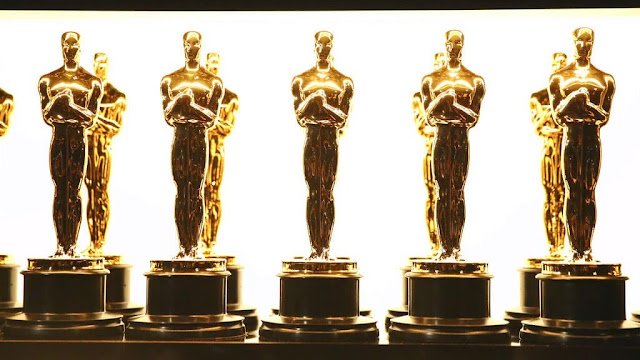 Email ThisBlogThis!Share to TwitterShare to FacebookShare to Pinterest
Labels: 2022, Oscars, The Smack Heard Round the World