It is, ultimately, a time of remembrance, a celebration of God's provision.  In a time when there was no judge, no prophet, no word from God, He was still at work.  He was still performing miracles, protecting His people.  To make a single day's supply of oil last for eight days.

It's a reminder that God is always at work.  Even when He is silent, even when He seems far away, God is still working.  God still cares for His people.

I've felt that this year.  I have both heard God and felt that I was going unheard.  And through it all, there have been reminders.  Reasons to remember.  To celebrate.

We're lighting the lights this year primarily because Avalyn is studying Israel this month.  Each month, she learns about a different country and its culture.  Through media, through food, through study.  October was Japan.  November was France.  January will be China.  Since she is studying Israel, we thought celebrating Hanukkah would be an appropriate way to show her a bit of the culture of Israel.

I feel I'm celebrating this year because I have a greater appreciation for the festival - our God provides.  Jehovah Jireh.

To my Jewish friends and all who are celebrating, Happy Hanukkah!  May it be a blessed time for you and yours. 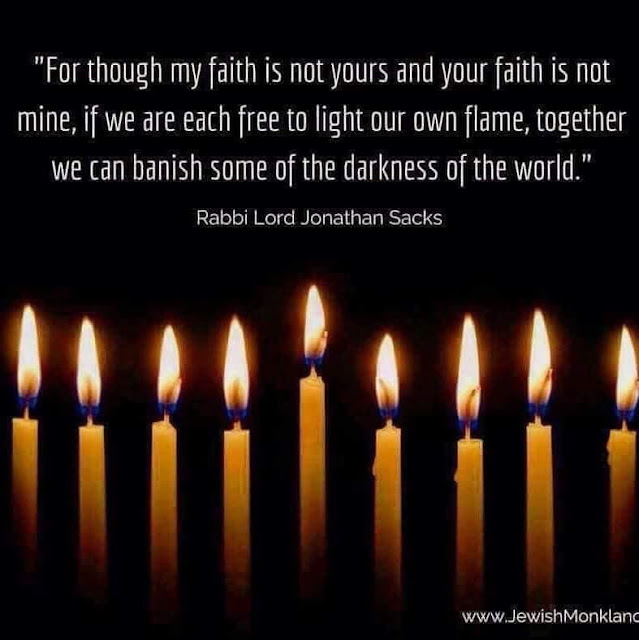 Megillat Antiochus
Posted by Mitch at 10:00 AM