Thank You For Being a Friend

"Thank you for being a friend
Traveled down the road and back again
Your heart is true, you're a pal and a confidant

Thank you for being a friend!" 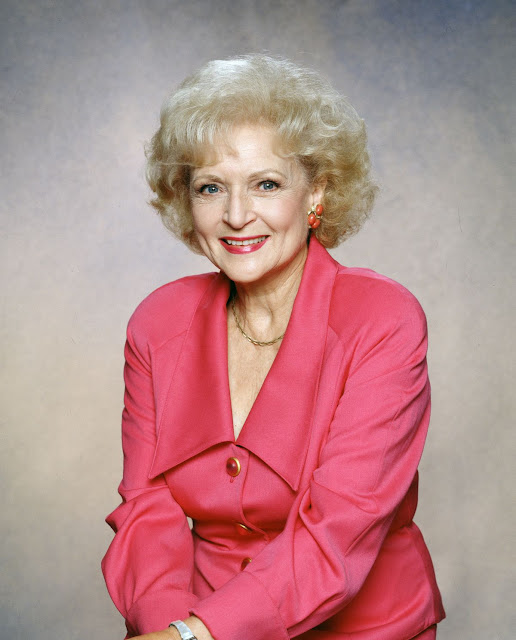 I'm not exactly sure when it started.  I know I watched some episodes when they originally aired and I remember that period.  We certainly watched that era of sitcoms in our household growing up and I remember the ones around them.  Empty Nest, Nurses, Blossom.  And I remember enjoying it at the time.

At some point though, The Golden Girls became my go to comfort television show.  It was that way in college, law school, and living on my own.  When I had cable, it was so easy to turn to the Hallmark Channel or Lifetime and catch a re-run.  I even went through it when we had Hulu and rewatched several seasons.

There was many a night where I would turn on The Golden Girls, lay on the couch after a long day, and fall asleep as the episodes played.

The thing is, it's a deceptively good sitcom.  And it works because of the well created characters found in Dorothy, Sophia, Blanche, and Rose.  Each of the characters is perfectly crafted, and the actresses bringing them to life are at the top of their game.

There's one episode in particular that never fails to make me laugh, and it's a bit with Rose and a Saint Olaf Story.  It involves a herring circus.  The delivery makes it clear that the actresses are struggling to keep their composure through the story.

I'm so thankful they did, because White was able to bring out such a well rounded character in Rose Nylund.  She brought the naivete and innocence required for the role, but also grounded it in warmth, sincerity, and earnestness that quickly shown through.

Her career is littered with such roles, particularly in television, making her honorary title, the "First Lady of Television" quite fitting.  She was the first woman to produce a sitcom, one of her first starring roles in Life with Elizabeth.  The dual natured Sue Ann Nivens on the Mary Tyler Moore Show.  Ellen Harper Jackson on Mama's Family.  A great supporting role opposite Leslie Jordan on Boston Legal.  The judgmental caretaker Elka Ostrovsky on Hot in Cleveland.

She was the oldest person to host Saturday Night Live after a successful Facebook based campaign.  The spot garnered her a Primetime Emmy Award for Outstanding Guest Actress on a Comedy Series.  She earned a Guinness World Record for the Longest TV career by an entertainer (female) in 2014 and then again in 2018.  She received eight Emmy Awards, three American Comedy Awards, three Screen Actors Guild Awards, and a Grammy Award.  She has a star on the Hollywood Walk of Fame and has been inducted into the Television Hall of Fame.

She was a comedy genius and her spirit will be missed greatly.  Both as an actress and comedian, and as an activist and philanthropist for animals.

Ms. White passed away on the morning of December 31, 2021, the end result of a stroke she had on Christmas Day.  She would have been 100 years young tomorrow.  Ms. White was preceded in death by her husband Allen Lunden.  Lunden passed away in 1981.  White remained unmarried following Lunden's death, saying, "Once you've had the best, who needs the rest?"  She always believed she would see him again.

Rest in Peace Betty White; may your love story be continuing.

Thank you for being our friend.