Jamie and I got to run away for a date afternoon on Saturday for a good lunch at Oscar Delta and an opportunity to see Miss Siagon, a musical neither of us had ever seen.  In many ways, I think we were excited just for the line in Drowsy Chaperone, "they land a helicopter on the stage."   And that is very visually impressive.  There are a couple of pieces of that effect that I am still trying to wrap my head around.

The show is an adaptation of Madame Butterfly, and moves that tragic tale from Imperial Japan to Saigon in the midst of the Vietnam War.  And the show sometimes suffers from trying to stick too closely to that adaptation.  There are beautiful and very recognizable songs and the actress playing Kim was incredible.  You can see why this became such a sensation in the late 1980s/early 1990s.

For us, the show prompts research into the Vietnam war and into issues following, particularly the Amerasian children, or those dubbed the "bui doi" in the musical.  A long term effect of the war not often discussed in history class.

All in all, a fun date afternoon.  For our next one in June, we'll be celebrating our anniversary. 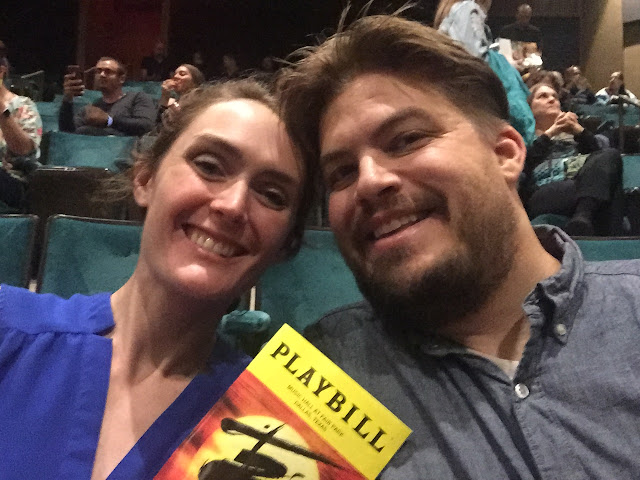