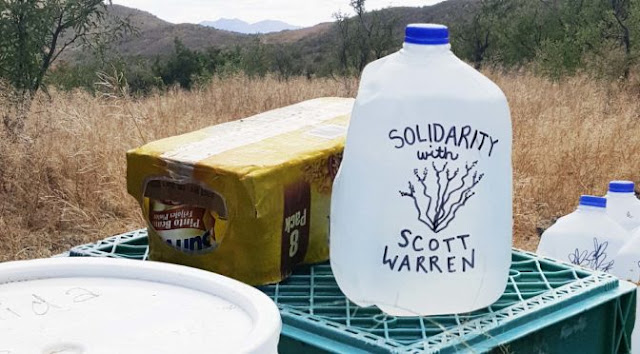 I've been meaning to write about this for a few weeks now, but it's taken a bit of time to come together.  In a bit of fortuitousness, it's aligned with a particularly significant event in the case.

I have one great regret from my time at Level 2.  For a number of years, I acted as a coordinator for the Level 2 Legal charitable fund.   The organization had a set amount of funds earmarked for charitable contributions.  Part of the charitable contributions would be used to align with client charitable giving, to show a commitment to the client extending to their particular focuses.  The remainder of the fund would be used to fund grants for charitable organizations nominated by our employees.  To show a commitment to the particular passions of the employees.

I would distribute the grant applications and encourage everyone to nominate an organization close to their hearts.  I would collect the completed applications and then would go through those nominated to look for the causes that the company would select to grant.  We only had a couple of restrictions, where an organization could not be strictly proselytizing or political.  It would need to have some charitable goal.  Similarly, we would not contribute to organizations that would be divisive or would potentially expose the organization to negative publicity.  With these stated parameters, I would raise the completed nominations to other senior members of the team for feedback and to ensure compliance with the guidelines and then would make recommendations to our CEO for the grants.

My greatest regret is listening to other voices that a particular organization would be too political.  Too divisive.

in our first year of the process, a colleague nominated No Más Muertes/No More Deaths because of his sister's involvement with the charity.

No Más Muertes is an advocacy group based in Arizona seeking to end the deaths of undocumented immigrants crossing through the desert regions near the United States/Mexico border by providing food, water, and medical aid to those crossing and to offer humanitarian aid to those in Mexico who have been deported from the United States.

The organization was founded in 2004 by religious leaders from Catholic, Presbyterian, and Jewish communities in Arizona.  They felt a need for a constant presence at the border to address the increasing number of immigrant deaths.  In particular, they had observed the Pima County Medical Examiner’s Office recovering the bodies of an average of 160 migrants per year between 2000 and 2005, up from 14 per year in the 1990s.

The organization had also become particularly vigilant in compiling human rights violations.  No Más Muertes trains volunteers to document what they see as human rights violations by immigrantion officials.  They have documented migrants whom they have encountered that have been denied food, water, and medical attention, have been separated from family members, and have suffered physical, emotional, or sexual abuse.

Of late, the organization has come to the forefront of the news because of the arrest of Scott Warren, a volunteer with the organization, on January 17, 2018.  Warren was charged with a felony for harboring migrants after Border Patrol allegedly witnessed him giving food and water to two migrants in the west desert near Cabeza Prieta.  With the charge, he faced five years in prison.

During the trial, three additional felony charges were brought against him: two counts of harboring undocumented migrants and one count of conspiracy to transport them to and harbor them in “The Barn,” a structure at Ajo, a staging area for humanitarian aid.  The combined counts brought the maximum penalty up to twenty years in prison.

Warren was arrested only hours after the organization published a compilation video criticizing the actions of Border Patrol and accusing them of destroying humanitarian supplies in the desert.  Kicking over and emptying water bottles left for migrants.

In addition to Warren, several other volunteers were charged last year with lesser offenses ranging from “entering a national wildlife refuge without a permit” to “abandonment of property.”  Charges against four such volunteers were reduced to civil infractions, while a judge convicted four others of misdemeanors, sentencing them to fifteen months probation and a $250 fine each.  Warren likewise has a separate misdemeanor case pending.

Warren’s felony trial ended on June 12, 2019 with a hung jury after three days of deliberation.

As a statement following the verdict, Warren read the following from outside the courthouse:  “Since my arrest in January of 2018, at least 88 bodies were recovered from the Ajo corridor of the Arizona desert.  We know that’s a minimum number and that many more are out there and have not been found.  The government’s plan in the midst of this humanitarian crisis?  Policies to target undocumented people, refugees and their families, prosecutions to criminalize humanitarian aide, kindness and solidarity.  And now, where I live, the revelation that they will build an enormous and expensive wall across a vast stretch of southwestern Arizona unbroken Sonoran Desert."

Today marks the final day for the prosecutors to decide if they will retry Warren.

What still haunts me about not choosing this charity for a grant is that making sure people don't die is not political.  Whatever your thoughts on immigration in this country, on what you view the actual crisis at the border as being, giving any person water, food, or medical attention is humanitarian aid.  It's not trying to help them avoid immigration officials, its not trying to circumvent the laws - it's making sure they don't die.

It's the absolute least that we can do.  And it's very sad that we as a country need a charity to do it for us.

It's the definition of Christian charity.

"You shall not oppress a sojourner.  You know the heart of a sojourner, for you were sojourners in the land of Egypt."

"The King will reply, 'Truly I tell you, whatever you did for one of the least of these brothers and sisters of mine, you did for me.’"
Matthew 25:40

"Do not neglect to show hospitality to strangers, for thereby some have entertained angels unawares."
Hebrew 13:2

It remains a noble and worthwhile aim, and it should be second nature to us, a "Christian" nation, the "most generous nation in the world."

Hopefully someday we can get there.  We can achieve that end.  We can stop pretending it's political and just focus on how it's charitable.  It's humanitarian.