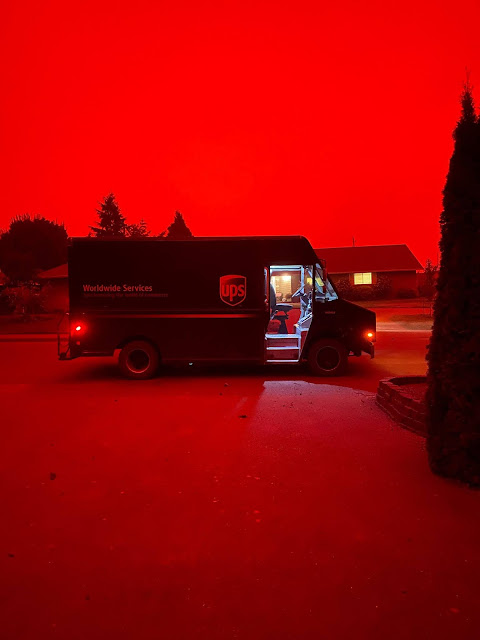 Parts of Washington, Oregon, California, Idaho, Nevada, Arizona, and Utah are under critical and elevated risks of wildfires and fire weather, according to the National Weather Service.  Oregon is under a wildfire emergency and evacuations have been ordered across the state.  California is surpassing its wildfire record, as is Washington.  In Washington, more acres burned on Labor Day than in the past twelve years.
The West Coast Burns.
We've had the joke crisis and memetic crisis that 2020 has brought - the murder hornets, the Chinese seed packages, the Dr. Pepper shortage.  Now though, we are seeing the devastating effects of Mother Nature, from the intense hurricane season and the devastation in Western Louisiana, to the rampant wildfire season across the West Coast now.
We are seeing the effects of global climate change on our world.  We are being given a reminder that Mother Nature remains the most powerful force to wipe us off the map, and otherwise greatly impact our lives.
The images are unaltered, unfiltered images from California and Oregon showing the red skies resulting from the wildfires.  A result of smoke filtering the different wavelengths of light, blocking the shorter frequencies of blue and green, but allowing the longer frequencies of red and orange.
They give an apocalyptic appearance.  An eerie glow.
They should startle us all.
For those of the belief, pray for the West Coast.  Add them to your prayers alongside the people of Western Louisiana.  They are going to need them. 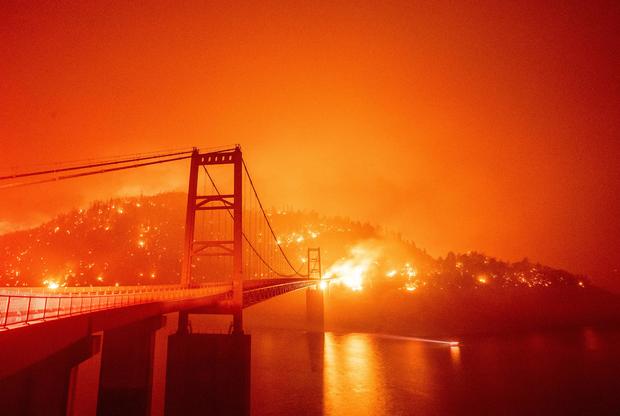