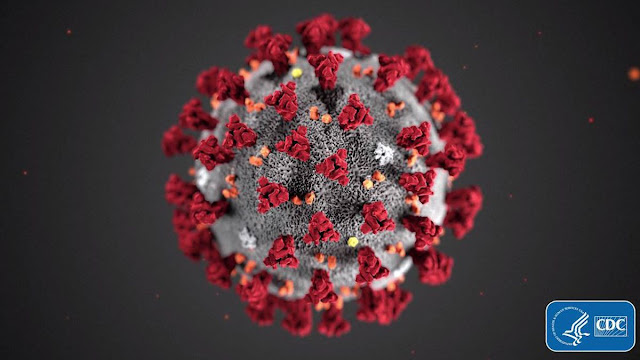 Tonight, @FLOTUS and I tested positive for COVID-19. We will begin our quarantine and recovery process immediately. We will get through this TOGETHER!

President Trump and First Lady Melania have tested positive for Covid-19.  Just two hours after posting that advisor Hope Hicks had tested positive, Trump revealed the news on Twitter at 1:30 am ET this morning.

If the timeline is to be understood correctly, the implications are a little troubling.  Apparently, Hicks had tested negative on Wednesday, September 30, 2020, before she boarded Air Force 1 with the president and most of his closest advisers, but had developed symptoms during the day.  A second test on Thursday morning, October 1, 2020, was positive.  This indicates that she was likely infected on Wednesday, though at a low enough rate to test negative.  Nonetheless, the president and his team flew to New Jersey on Thursday, where he attended a fundraiser, gave a speech, and attended a roundtable with supporters, all, of course, without a mask.

This raises several questions.  We know Trump was tested Tuesday night before the debate and tested negative.  Could he have been in a similar situation as Hicks, where he was infected, though at a low enough rate to test negative?  Did Trump catch the virus from Hicks or vice versa?

How many of his team are likewise infected?  There were eighteen others from his team aboard Air Force One on Wednesday, including all his children and their spouses, with the exception of Barron.  At the debate on Tuesday, this entourage, including Hicks and four older Trump children, refused to wear masks despite the mandate that they do so.  What are the transmission implications of their actions?

This is all extremely frustrating from an administration that has refused to take this virus seriously.  From a President who has refused to be seen wearing a mask in public, who admitted to underplaying the severity of the virus in order to prevent a panic, who even as recent as the debate on Tuesday stated that "It affects virtually nobody."

It is this background that creates a bit of concern as to whether this is a "boy who cried wolf" scenario.  This president lies so frequently and so readily, that it is hard to trust that he actually means what he says, especially on serious issues like this.  Twitter users in particular noted that someone had suggested this very scenario back in September as a way for Trump to steal headlines with an "October surprise."  This would allow him to take the spotlight away from Biden, to avoid further potential embarrassment and damage at the next debate, to emerge victorious over the virus as a show of strength, and then to claim credit for a new treatment that had cured him, likely hydroxychloroquine, in which he is over-invested.

Because of his record, it's not hard to imagine Trump doing exactly that.  Cornell University studied more than 38 million articles regarding the coronavirus pandemic between January 1 and May 26 that were published in English and showed that Trump was "likely the largest driver of...Covid-19 misinformation."  37.9% of misinformation regarding the virus mentioned Trump.

So we have a president, in the at risk categories for the severe form of the virus, who has not taken it seriously to date, infected with just weeks to go before the election.

Although, I guess not really.

This should serve as a reminder to everyone:

We often say vote as if your life depended on it.  This time, it might actually be literally true.

I wish the president and all a speedy recovery.   I pray they do not suffer the major infections that have been seen with this virus.  They will have the best medical care possible.

Hopefully, this time, they will heed that advice.