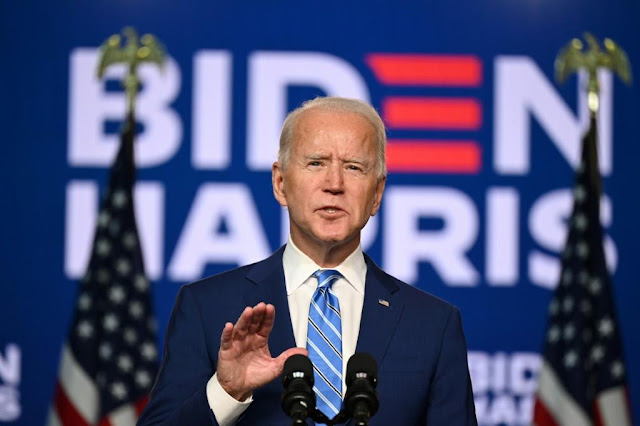 Apocrypha goes, at the close of the Constitutional Convention of 1787, Benjamin Franklin was queried as he left Independence Hall on the final day of deliberation. In the notes of Dr. James McHenry, one of Maryland’s delegates to the Convention, a lady asked Dr. Franklin “Well Doctor what have we got, a republic or a monarchy.” Franklin replied, “A republic . . . if you can keep it.”

Yesterday, went along way to keeping it.

Our electors voted and confirmed that Joe Biden is the President-Elect of the United States of America.  As expected, the outcome was Biden 306 electoral votes to Trump's 232.  No surprises, no changes.

This should be the final confirmation that Joe Biden won the 2020 presidential election.  This should be the end to the claims of voter fraud, stealing the election, or that Donald Trump is the rightful winner.

But predictably it's not.

The tweeter in chief has been very active today proclaiming that he won and all the "evidence" of fraud that he can point to.  I’ve even seen posts of the latest scheme, the latest hope to keep the presidency. It involves congressmen challenging the vote confirmation on January 6 and essentially changing the vote of the electors in order to hand it to Donald Trump. Make no mistake, it would be overwhelming the will of the people to steal the election for Trump. A coup.

Thankfully, at every turn, we’ve seen our process still works. That our republic is secure and maintained by individuals who value country over party. Republican attorneys-general, Secretaries of State, and justices who are willing to buck their party and leaders expectations to maintain what the evidence has shown all along, that we had a fair and free election. And that Joe Biden was duly elected by the people of this great country.

While we have seen congressmen that have greatly tested that truth, I expect when it matters, when it is their turn to uphold their oaths, our congressmen will do the same, despite their bluster. At least that is my prayer.

Today, we’ve seen how resilient and how fragile our republic is.

It’s our job to keep it.