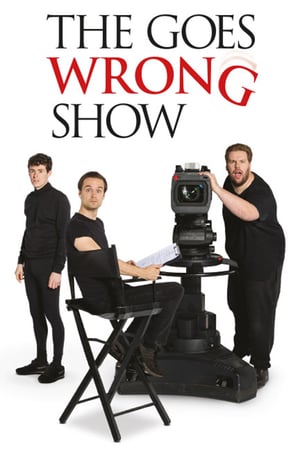 I don’t often make recommendations here, but if you have Amazon Prime Video and you are looking for a laugh while in quarantine, I highly recommend The Goes Wrong Show.

The Goes Wrong Show is the brainchild of the Mischief Theater company, a British theater company known for their highly successful West End productions The Play That Goes Wrong, Peter Pan Goes Wrong, and The Comedy About A Bank Robbery.  The conceit of the Goes Wrong plays and the Goes Wrong Show is that the cast are members of the Cornley Polytechnic Drama Society, a pretty terrible amateur theater group made up of the worst examples of local theater. The ham that breaks the fourth wall and mugs for the audience. The one that can never remember their lines. The overacter. The capable but harried director. And with that cast, Murphy’s Law inevitably sets in and hijinks ensue.

The shows started being televised with a segment of The Play That Goes Wrong being aired as a segment of The Royal Variety Show in 2015. Peter Pan Goes Wrong and A Christmas Carol Goes Wrong were then aired as hour long Christmas specials on British television.  They have now developed The Goes Wrong Show, which is a six episode half hour show presented as a play of the week before a studio audience. This season hits on legal drama, horror, World War II drama, and even the Southern family squabble. All of which are presented with their typical ineptitude.

It’s laugh out loud funny if you can appreciate farce. I’ve come close to crying from laughing in a couple of episodes. So if you need a pick me up, it’s well worth a watch. It’s got physical comedy, clever word play, cringe inducing awkwardness, and a bit of heart. What more could you ask for?