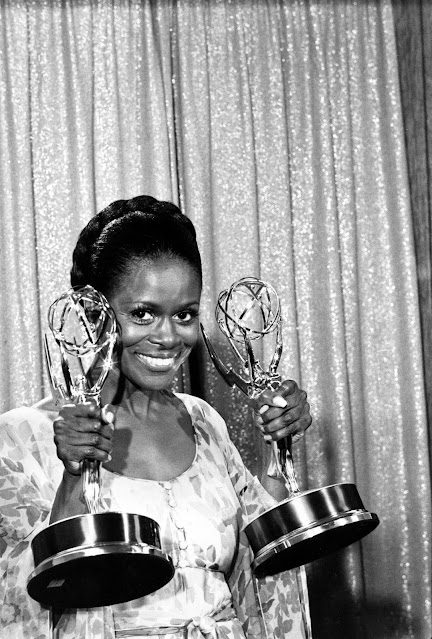 Cicely Tyson passed away Thursday, January 28, 2021 at the age of 96.  Ms. Tyson, an icon of American cinema, had a career that spanned seven decades, from an uncredited role in an amazing noir, Odds Against Tomorrow, to a Tyler Perry Netflix film released last year.   She is the recipient of three Primetime Emmy Awards, four Black Reel Awards, one Screen Actors Guild Award, one Tony Award, an honorary Academy Award, and a Peabody Award.

I remember being introduced to Ms. Tyson through The Autobiography of Miss Jane Pitman, a historical fiction television movie we watched in junior high.  Her ability to play the character from the age of 23 to 110, just through her performance and makeup was amazing.  Then to see her range in Fried Green Tomatoes, Sounder, and even Madea's Family Reunion has been a joy.

Jamie and I have made a point for us to have mini-film festivals each month, given our love of film and the wealth of the libraries we have a click of the remote.  January was Studio Ghibli, for us to finish the preeminent anime studios work.  This month is Black Film for Black History Month.  To look at performances for great African American actors, movies conceived by African American writers and directors, and those that are telling great black stories.

I look forward to adding a couple of early performances with Ms. Tyson in The Heart is a Lonely Hunter and A Man Called Adam.