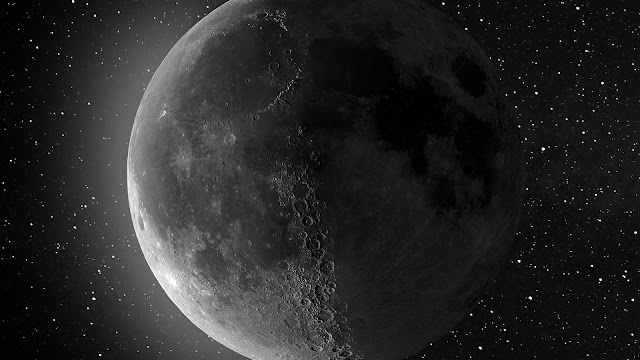 When we think of satellites, I think Sputnik and the like are usually the first things that come to mind. Those man made objects that give us television, internet, and radio signals. The things we keep littering space around us with. But the word originates from a much earlier concept. A celestial body orbiting another larger celestial body. The moon is our satellite.  The earth is a satellite of the sun. And so on and so forth.

The idea of satellites is an interesting one in our faith. As followers of Jesus, we called to be in his orbit. Constantly circling him. Staying close, pulled in his direction. Our smaller body orbiting his heavenly body.

Another aspect of satellites is their reflective properties, particularly when we talk of those orbiting stars. The moon as a satellite has no inherent ability to emit light. The only light that it gives is what it reflects from the sun. From space, that is also why the earth is as colorful as it is. The earth doesn’t naturally emit its own light. The colors we see on the shots of earth from space occur from the sunlight reflecting off earth.

Again, so it is in our Christian lives. The only light we have in our lives is what is given to us from the Son. That is what should be radiating out of us.  The overwhelming brightness of the Son. “As all of us reflect the glory of the Lord with unveiled faces, we are becoming more like him with ever-increasing glory by the Lord’s spirit.”  2 Corinthians 3:18.

This is such an important concept in our faith and such a simple one. It highlights why it is so dangerous for us to rely on people, even godly people to spiritually enrich us. At the end of the day, each and every one of us is a cold, dark rock, only reflecting what light and life we receive from the Father. The best and most on fire preacher you heard and the backsliding believer - both the same in that they cannot generate light on their own. The spark you see in them is what comes from the divine. They are just in different phases. One may be more like a full moon, fully facing the Light and reflecting it back to the world. The other may be in a crescent stage. A little light coming in but mostly turned away.

Think of it, it comes in phases in our lives too. Times when we are fully facing God and His light is just radiating off us. And times when we’ve turned away to some degree, reflecting less, hiding more.

Two things about that our pastor recently reminded us about.

1. You cannot face the sun and the moon at the same time. You cannot be looking at the light source and the reflective satellite at the same time. When they may align, one necessarily blocks the other - an eclipse. So in the context of our spiritual life, you cannot be fully facing God and someone else at the same time. When you elevate your pastor, your spouse, your friend, your mentor to a level that they do not belong, you will find yourself seeking light from the satellite. Something it cannot give.  Something that is destined to disappoint. Other Christians in this world are going to hurt us, to disappoint us, to injure us. We’re all fallen and broken people. We’re all cold, barren rocks orbiting the true Life.  This isn’t to excuse that behavior, that disappointment. It should, however, contextualize it and remind us to put our full trust in God, the source, not men.

2. We don’t stop seeking the sun because we find out the moon is a lifeless rock.

This is the big point. The reminder that for everyone who has been burned by the church, who has been hurt by other Christians, etc. that this is no reason to stop seeking God. We didn’t stop seeking the sun because we realized the moon reflected its light. Likewise, we shouldn’t stop seeking the Son because of the people who may be poorly reflecting His light.  It’s a reminder for those of us who are hurting and a challenge to those of us who are serving - to remember that there are people watching us. Who are getting some of God’s light from us.

That should push us all to be better satellites. To orbit more closely.  To send better signals. To reflect more fully

Fully face the sun, fully embrace His light. And be that reflection to the world around you.