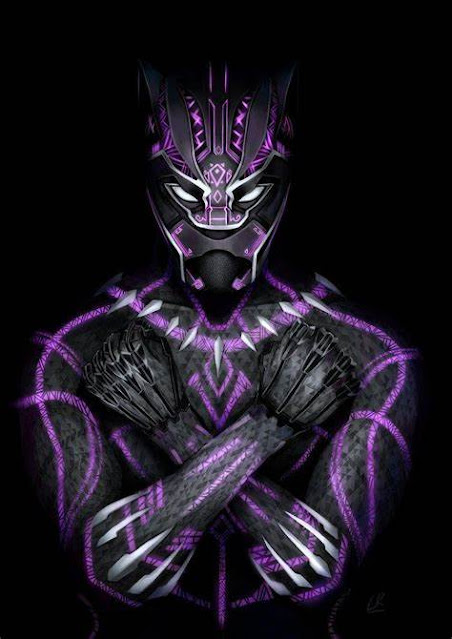 "Wakanda Forever", both a unifying cry and greeting for the fictional country in Marvel's Black Panther, and the title of the newest sequel and Marvel blockbuster.
Jamie and I saw the film yesterday, and I highly recommend it.  For a Marvel movie, the depth of prior movies needed is really small.  You only really need to have seen the first Black Panther movie to understand this film.  In that way, these two Ryan Coogler films are fairly contained, their own pocket of the Marvel universe that can reference the broader picture but never really need it.
The film is particularly impressive in that it does something that is rare not only in superhero movies, but surprisingly rare in film today - it has something to say.  Meaning, the story has a broader message that it would like to share.  And this message is how to deal with grief.
When Chadwick Boseman passed, everyone wondered how they could continue to have a Black Panther film series.  His presence and charisma as T'Challa, the titular Black Panther, shown through his Marvel films and loomed bright the entire Marvel Universe. Coogler addresses that question by making it the central conceit of the film.  How do you tell a story, how do you move on when someone so impactful has died?
The film has each character impacted by loss experience it in a different way, some retreating into work, some into faith, and some disappearing completely.  Through the events of the film, it raises questions of the importance of faith, of believing in something larger in the grief process, on the dangers of holding on to the past, on the importance of a structure around you for support.
If you have any interest in seeing it, I highly recommend it.  One of the better films I've seen this year.  It may not be my favorite Marvel film (as I hold Endgame there just for the feelings that it brings), but to me it ranks as probably the best cinematically.