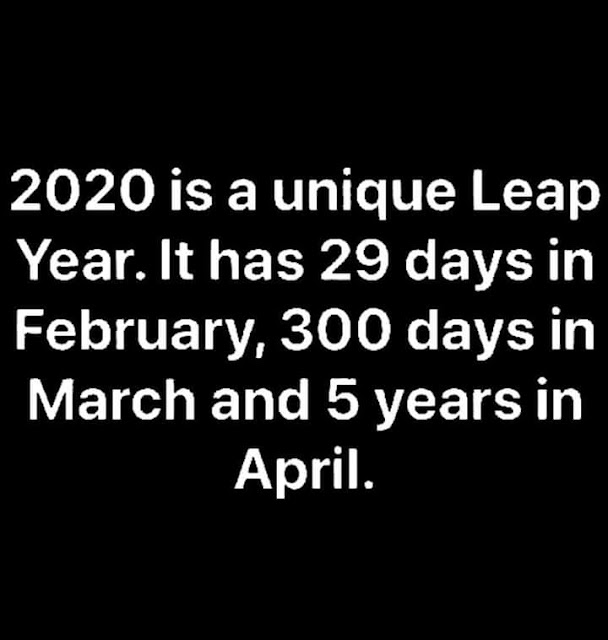 And that was just the beginning...

It's no secret the blog has been more sporadic this year.  Part of it has been trying to find a new routine.  In all the adjustment, in all the change, still trying to find what rhythm works to keep this moving in a regular cadence.  But that's not the biggest reason.

And it's not like there's not enough to write about.  On the contrary, there is an abundance of topics to write about.  There seems to be something that is worth writing about every few minutes.

This year has just been overwhelming.  There's too much to write about.  By the time I can formulate thoughts about one subject, something more pressing, more infuriating, comes about that demands attention.

Just look at this week.  The election results, the claims of fraud and the president's unhinged press conferences.  The fact that news stations have cut away from the president before he can get more than a few minutes into his speech to remind the viewers that he is lying and to correct the falsehoods that he is making about our democratic process.  The red mirage/blue shift.  The court challenges to the vote count.

That's all in addition to personal life, holidays, events, etc.  On top of all the other changes that have happened throughout the year.  Us moving states, joining a new church, finding new friends, trying to adapt to life here.

It's a part of how this year has affected us all.  Worn us all down and out.  And from my perspective, it's been a combination of 2020 itself and this presidency.  The presidency was challenging enough in 2018 and 2019, but this year, his antics have seemed to tripled.  Combine that with the utter craziness that is 2020 and it was impossible to keep up.  Fires, plague, murder hornets, shortages, the death of so many industries, hurricanes well into the Greek alphabet, social unrest.

It's overwhelming.  And it's draining to try and get worked up about it all to write about it.  So, that's why the focus has shifted primarily to Mitchuation Updates and scheduled holiday writeups.  To things that are a bit easier to write about, to focus on, and to prioritize.

I am hopeful the rhythm is coming back.  I am hopeful things might slow down at some point in the near future.  I look forward to restarting some of the series, like What I'm Thankful For here in November, the Christmas posts in December, Why I Love My Church because there's so much to be excited about in our new church home.  I look forward to be able to write about trips and vacations hopefully sometime soon.  This has been our first year without a vacation and that has been a little challenging for us.

As always, I thank you for your readership.  It humbles me to think anyone reads this, and I appreciate it more than you know.

I hope your 2020 will start to calm down.  I hope we are reaching a point where things might start to slow down.

A point where we can all breathe.