Every time I think nerd culture has hit a peak, we hit another high.   File this in the things I just learned column... 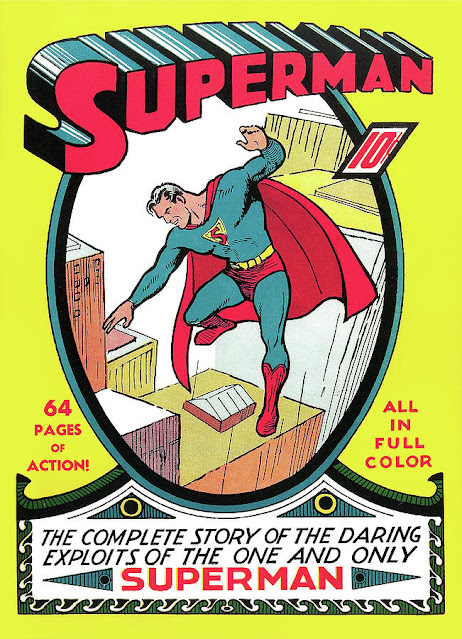 I've written before on the connection between Congress and comic books.  Now I've learned that the Library of Congress has the largest publicly available comic book collection in America.  And one thing it can be used for elected officials to use comic books to be sworn in on.

This year, Congressman-Elect Robert Garcia is using a pristine copy of Superman #1 (1939) as part of a stack of documents that represent the values of his life.  The Constitution, family pictures, and Superman #1.

We've had touches before of.  Obama was a self-proclaimed comic reader, particularly an avid collector of Spider-man and Conan the Barbarian.  But that was always an exception.  A rarity.    Now, as the age of our representatives gets lower/as more Generation X-Millenials become elected officials, the connection to deep fandoms will become more common place.

That's a long way from the Wertham hearings.

In many ways, Superman is the perfect comic for this purpose.  Superman's motto is Truth, Justice, and the American Way.  His story relays the ultimate American immigrant success story, which was an inspiration to Garcia, an immigrant himself.  Like America, Superman represents an ideal we are all trying to live up to - the ultimate good guy, protector of the weak and downtrodden, paragon of virtue, and big blue boy scout.  The musical even puts the Boy Scout motto to song.

"On my honor I will do my best to do my duty to God and my country and to obey the Scout Law; to help other people at all times; to keep myself physically strong, mentally awake, and morally straight."

If only all Congressmen would strive for that.