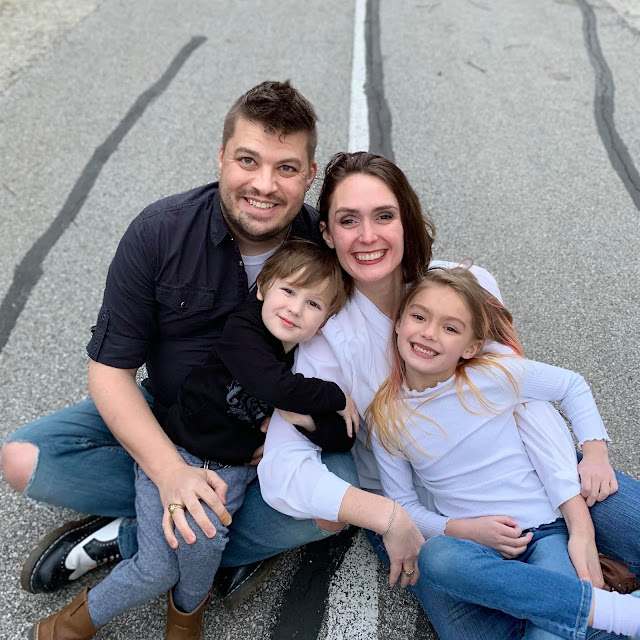 As mentioned before, I realized this was a part of our lives for the past several months that I had not shared.  So, I wanted to take a blog to kind of catch up and describe our path to adoption and where we are in that process.

We always knew that adoption would be part of our story at some point.  Jamie and I had discussed it when we had started dating.  It was something mentioned as on Jamie's heart from an early point in her life, and something we recognized as going to be a part of our family.

And this sounds a bit weird to say, but we knew it would be a part of our story because we could.  Though miscarriage and an ectopic pregnancy were part of our family path, we weren't motivated to pursue this because of infertility.  We weren't motivated because of adoption in our family history.  Rather, we were motivated because it was something we recognized that we could do.  That we could help take care of widows and orphans as we are called to.  And that we were in a privileged place to be able to afford the adoption process and to be able to have more children in our home.

While we knew we would adopt at some point, the timing was always the question.  After the ectopic pregnancy was so scary, and after Jude was born healthy, we knew that we were done trying for more biological children.  It was too much of a risk.

Then as our lives went through the upheaval of the job loss, the move, and all that 2019 brought, we began to know that wherever we ended up for my new job, that would be where the rest of our family was.  We knew that after the move, adoption would be the next big change in our life.

Shortly after we moved, we began investigating adoption in Indiana.  At the start, we weren't sure exactly what path for adoption we would take. We knew other families in Texas that had gone through the adoption process, some that had gone through foreign adoption and some through a foster to adopt process.  As we started our investigation, we learned that most Christian adoption agencies were no longer doing foreign adoptions, and are instead focusing their efforts on local adoptions within each country.  Similarly, we learned that Indiana has different laws regarding foster care that make foster to adopt a harder and much, much longer process.

That lead us to infant adoption; which aligned with many concerns that we had.  It focuses on permanent placement, which is something we are desiring.  It would help us preserve birth order, which we have learned is important.  And it encourages openness in the process, for the benefit of the child.

With that confirmed, we started the application process last December.  And there is a lot of paperwork.  It has been a challenge to complete, and I know it has driven Jamie a bit crazy to keep up with, as it seems new documents keep popping up on our page.  Thankfully that part is done.

We're now at a point where we have gone through the complete homestudy process and are waiting for our adoption specialist to finalize her report on the homestudy.  We expect that to be completed by the end of June.  At that point, we would be going live for adoption.

This means, at the end of June, we would be available as adoptive parents.  We have put together a profile book and are working on a profile website that would be shown to expectant mothers.  The expectant birth mother would look over several profiles and identify one she would want to meet.  If we were chosen, we would meet with the birth mother, and she would get to ask us questions and get to know us, trying to decide if she wants to chose us to parent the child.

At that point, the decision is in the birth mother's hands.  And we are in the waiting.

We could get chosen for a meeting as early as the beginning of the third trimester, which would give us a few months to get to know the birth mother and to prepare.  We could be chosen by a mother at the hospital when she is about to or just completed delivering the child.  We have to be ready and to trust in God's timing.

They say the average placement is one to three years, though it could be a month after or longer.  We have heard from a few families where their placement was within six months.

It has been a very revealing process.  It has challenged us as individuals and as a couple.  We have learned things about ourselves that we had previously not known.  There has been a lot of laughter and tears through the process. And it has exposed some insecurities.    But, we've grown closer together and more united.

I would say, I would not recommend the process to anyone if they are not ready to go through a crucible.  But as for us, we know it is completely the path and journey we are supposed to be on.

So, please keep us in your prayers.  Within a month, we'll be in a waiting period, where everything could change in an instant.

I'll be sharing more of the process as we continue to move through it.  And as promised, I'll shortly share the tale of what made our trip to Michigan such a stressful weekend.