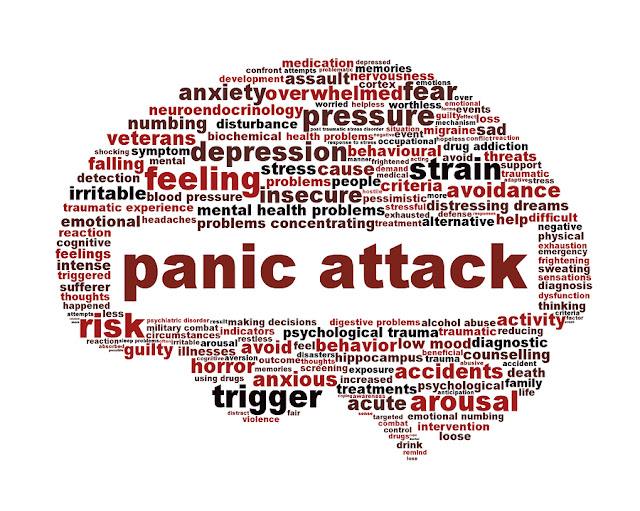 This is the story I promised I would tell.  It took providing the backstory with Our Adoption Story and The Michigan Trip to provide context as to why this induced a panic attack and why we made that trip more stressful on ourselves than it should have been, even beyond the stress this incident caused.

By way of context, the Michigan trip was something we planned for early April, to be a fun weekend getaway for the four of us.  Our first trip as just a family of four and a fun venture to see another state.  Jamie and Avalyn had gotten to make a quick jaunt into Michigan for a meal on a girls' trip, but this would allow us to see state together.  It was supposed to be a trip to Fort Wayne, where we would further explore our new home state, but our reason for going to Fort Wayne was the zoo.  We of course found out it would be closed when we planned to visit.  With that not an option, we changed our plans to Saugatuck and Holland, Michigan.

It is important to note that this trip came shortly after spring break, where we had spent two weeks in Texas with family.  During that trip, we spent a little more on restaurants and eating out that we had planned to, and thought that since this would be such a short trip, we would pack meals to number one, eat healthier, and number two, use our restaurant fund for fun snacks.  Jamie had that Friday before we left pretty wide open, beyond a bible study that morning, so she was planning to prepare and pack the cooler that day, ready for us to leave when Avalyn got out of school.

At this point in our adoption process, we had completed two of the three required homestudy sessions, still had several hours of education remaining to be completed, and had recently learned there were a few key pieces of paperwork not yet filed.

So when Jamie got a text from our adoption specialist during her morning bible study that Friday morning, asking her to call her, she thought it was related to one of these areas.

Instead, the adoption specialist let Jamie know that there was a birth mother that was going to give birth in two weeks who was questioning her decision and wanted to look at more profile books.  Our adoption specialist didn't have more completed profile books, but knew of a few families like us who were near completion of the process and wanted to ask us if we wanted to be submitted as a potential family for adoption.  Blitzing through the remaining steps for a meeting and ultimate adoption should we be chosen.

To top it off, they needed an answer as quickly as possible.  At the longest, by the next morning.

When Jamie came upstairs to tell me, that's when the panic attack set in.  I know Jamie tells me that she broke down a few times that day, but it wasn't something I saw.  She broke down in calls she made for prayer over the issue.

I, on the other hand, starting visibly shaking and couldn't come down for nearly two hours after that point.  I've had anxiety attacks before, but those are slow builds of stress and pressure over several days or weeks that release in pain and discomfort.  This was an instant onset of that.

My mind kept racing because it felt like everything was moving so fast.  I saw the first step as Jamie and I discussing whether or not we would be allowing our name to be submitted.  Jamie, by necessity, was starting to work through setting up the things that would be needed if we proceeded.  Each mention of the next piece being set up sent me further into the attack.

It felt like we were skipping a lot of required development just to get a result.  Skipping a lot of essential education that would be of the utmost importance.  In addition, we had virtually nothing for a baby, and would had a few thousand dollars left to save to have the whole process covered.  That would all be necessary in a couple of weeks.

Needless to say, the rest of that day was filled with discussion, and questioning, and asking for prayer requests which turned into a supply drive. The bible study group Jamie was on that morning knew something was up with the adoption process, so when Jamie filled them in on what happened, they got to work collecting a lot for us already.

The drive to Michigan was nearly completely all about Jamie and I trying to figure out whether or not we should move forward with this.  We kept getting calls from our adoption specialist, giving us more information on the birth mother and child, but that really had no bearing on our decision.  The question that kept gnawing at us was one of timing.

Was this the right time to move forward, or was there more we needed to complete for it to be right?

I think there is a fallacy in Christian circles to assume when things fall into place like this, it is automatically the work of God.  That every easy path is the answer to the prayers that have led up to this point.  While it can be, that is not always the case.

We decided we were saying no after waking up in the early, early hours Saturday morning.  We then called our adoption specialist at 9:00 am that morning and told her.

That weight had been lifted.

This didn't mean we didn't feel the effects of this stress for a while.  I felt the physical effects for several days after that Friday, into the next week.  It felt as if I had undergone heavy physical exertion, in addition to ramping up my reflux for that week.  It took a while just to mentally come down from the stress, so we were definitely on edge for the trip.

And here's how we made it harder on ourselves.  Remember the plan to pack food for meals.  Well given the craziness of Friday, the careful planning and packing of the ice chest went out the window.  We had supplies but they were more thrown together in there.

Instead of giving ourselves grace and a break, we forged on to continue the plan.  Looking back, we know we should have just forgone the attempt to pack the food and just let ourselves enjoy the break and the opportunity.  Bringing the food made us try to keep Avalyn and Jude to it, and of course they didn't want it, so that added to our stress.

It's something we can look back on now and laugh a bit.  Lessons learned.  And if nothing else, we saw that God can move in a powerful way.  We know we're in the right location because of the outpouring of support we saw should we decide to go forward.

We know when it is our time, we'll be ready.