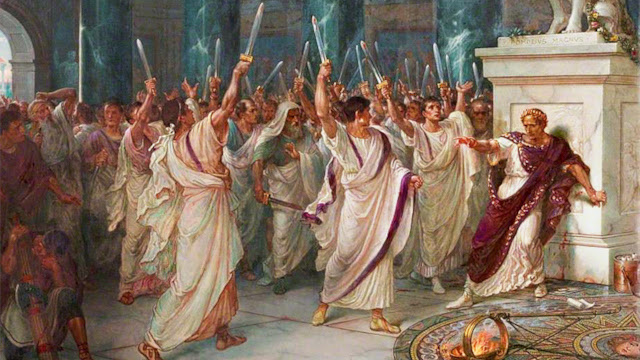 SOOTHSAYER
Ay, Caesar; but not gone."
Julius Caesar, Act III, Scene I
So, should someone tell you to beware today, perhaps you should keep an eye out.  Or at least don't laugh at fate.
"Why should Caesar just get to stomp around like a giant while the rest of us try not to get smushed under his big feet? Brutus is just as cute as Caesar, right? Brutus is just as smart as Caesar, people totally like Brutus just as much as they like Caesar, and when did it become okay for one person to be the boss of everybody because that's not what Rome is about! We should totally just STAB CAESAR!"
Mean Girls
Posted by Mitch at 3:39 PM