Hope you don't have triskaidekaphobia.

I especially hope you don't have paraskevidekatriaphobia.

For today is Friday the 13th. 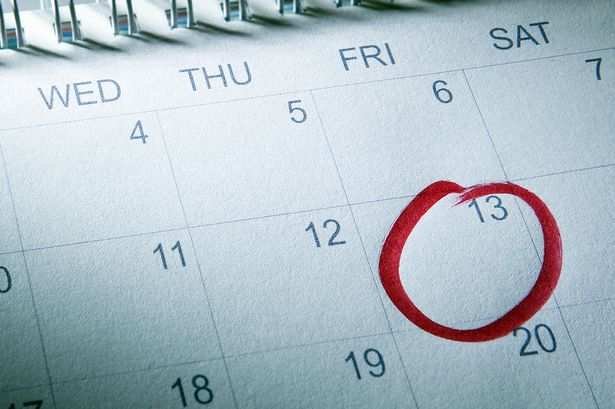 The origins of why today is considered unlikely aren't exactly clear.  It combines some superstitions around the number 13 and Fridays.  Superstition around both isn't really combined until the 19th century in France.  The first mention seems to be an 1834 play entitled Les Finesses des Gribouilles, in which a character describes all his misfortunes as stemming from his birth on Friday the 13th.  The spread of the fear may even stem from a 1907 novel entitled Friday, the 13th in which an unscrupulous businessman causes a market crash on that day.

Whatever the cause of the superstition, it has had surprising effects on our society.  According to the Stress Management Center and Phobia Institute in Asheville, North Carolina, an estimated 17–21 million people in the United States alone are affected by a fear of this day, making it the most feared day and date in history.  Some people are so paralyzed by fear that they avoid their normal routines in doing business, taking flights or even getting out of bed.  It has been estimated that $800–900 million is lost in business on this day.

Ultimately, though, it is just another day.  It can happen up to three times every year, whenever a month begins on a Sunday.  It will continue to occur as long as we can measure time and continue to use this calendar.  There are two this year; there will be two next year.  It can and will come and go just like any other day.

Hopefully, it is a normal day for you and it brings you no trepidation.  If it does, on this winter day, it's a good one to curl up, relax, and sleep if off until tomorrow.