Part 4 of the Traveler's report, from Jamie:

Kunta Hora, Czech Republic just a day stop on our tour but well worth the detour. This place houses the beautiful gothic cathedral, St Barbara and the mysteriously macabre and wonderful Sedlec Ossuary aka the Bone Church. This was an interesting stop to say the least.

The Sedlec Ossuary has a long history, beginning in the 13th century when the Abbot of the Sedlec Monastery (Abbot Henry) brought a handful of earth from Golgotha. He scattered the holy soil across the Sedlec cemetery, making it a coveted burial site for everyone in Bohemia and neighboring countries. Due to its popularity it quickly became overcrowded and there simply wasn’t enough room for everyone to rest in peace so the bodies were moved to a crypt to make room for the newly dead.

František Rint, a local woodcarver was employed for task of artistically arranging the thousands of bones. The purpose was to display the reminder that though death is inevitable, there is victory for the believer. At Sedlec each pyramid of skulls is topped with a carved crown symbolizing victory over death. (Revelations 2:10) I couldn’t help but think we’re all the same underneath. The quote beneath from Catholic Insight sums up my thoughts on the place.

“....the long and narrow east-facing underground chapel with the main altar and a large crucifix in front of a tall bright window creates a stunning visual effect and a dramatic contrast to the darkness — it is from behind, from the sun (God the Father), and through the large crucifix (crucified and resurrected Christ) that the bright light (Holy Spirit) pours into the dark grave, illuminating it and defeating the darkness (Death).” 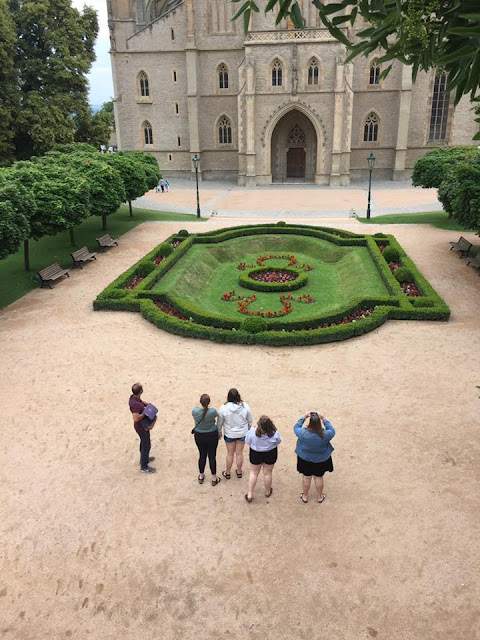 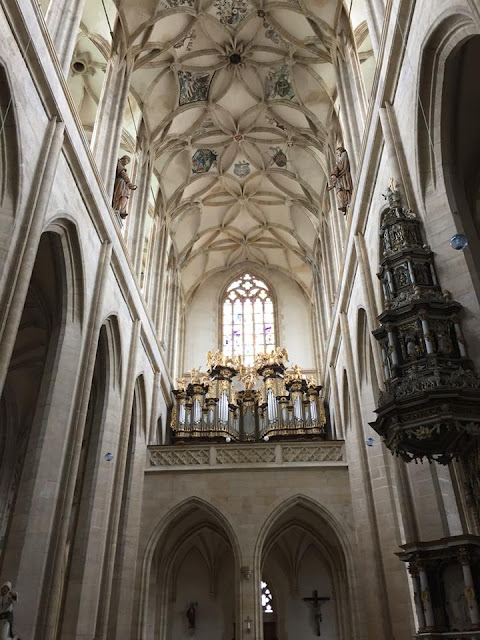 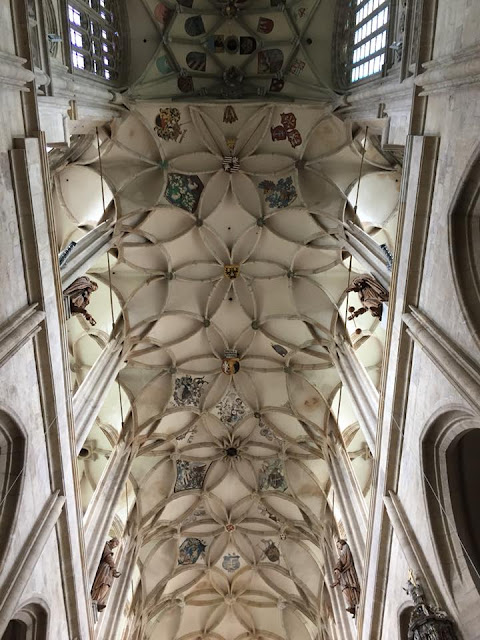 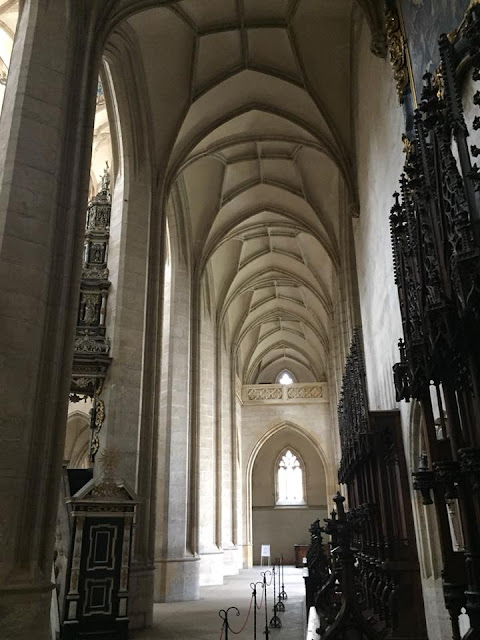 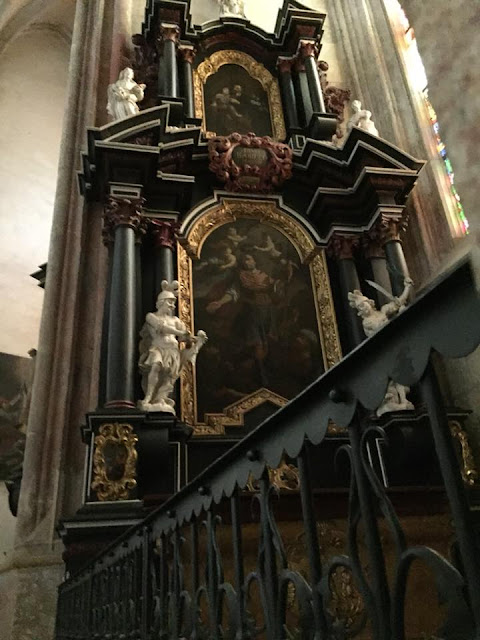 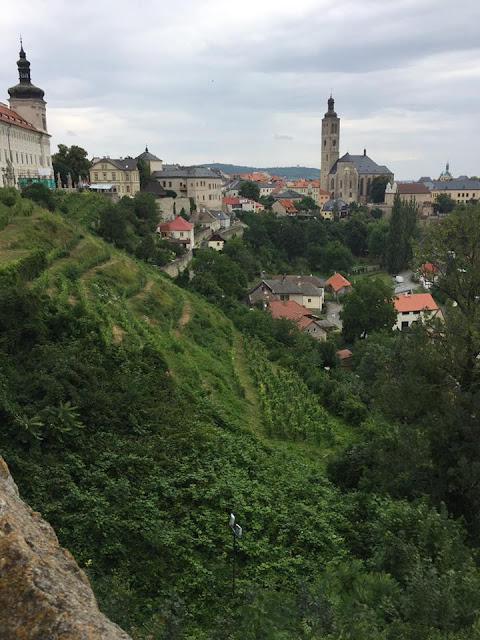 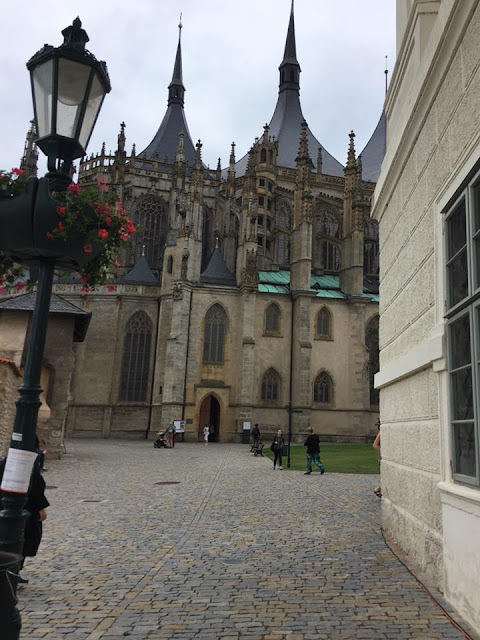 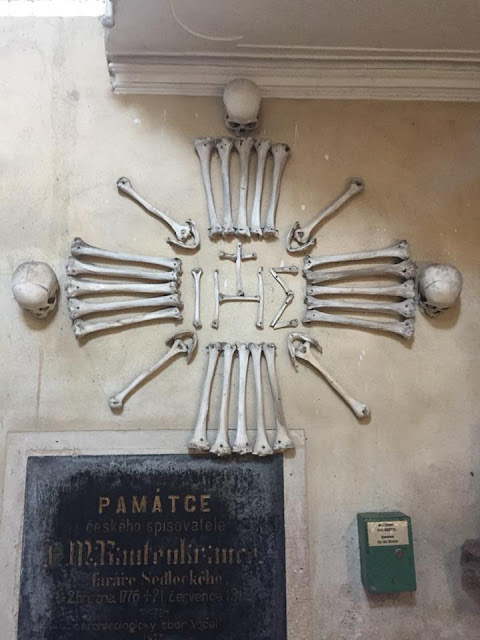 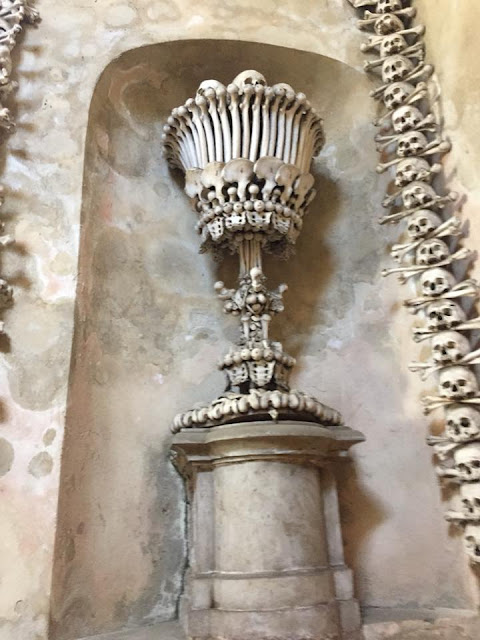 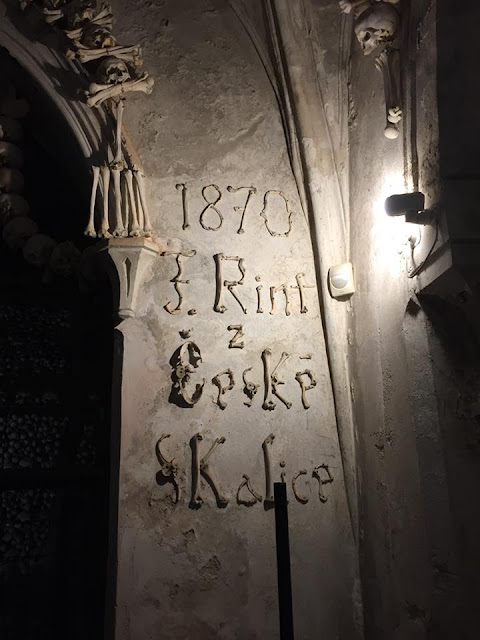 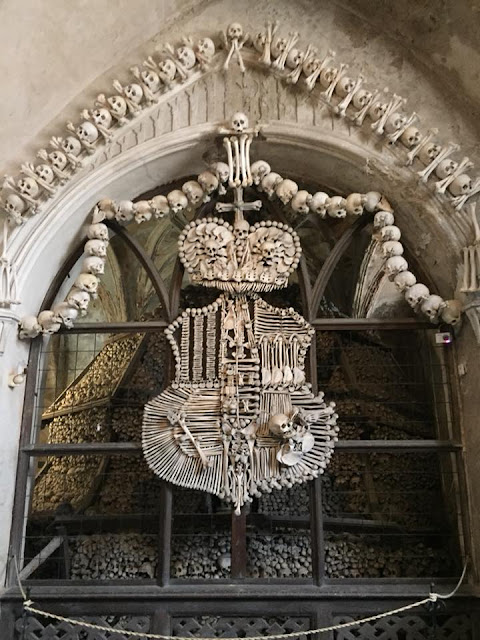 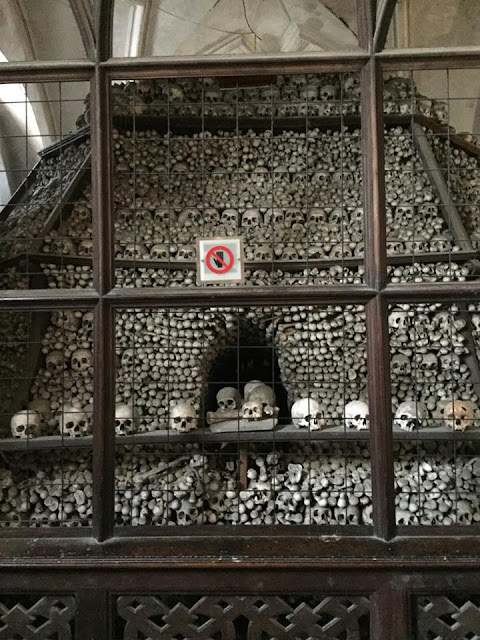 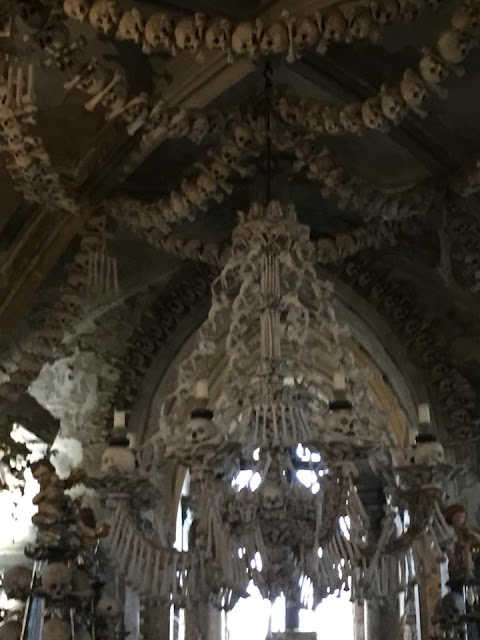