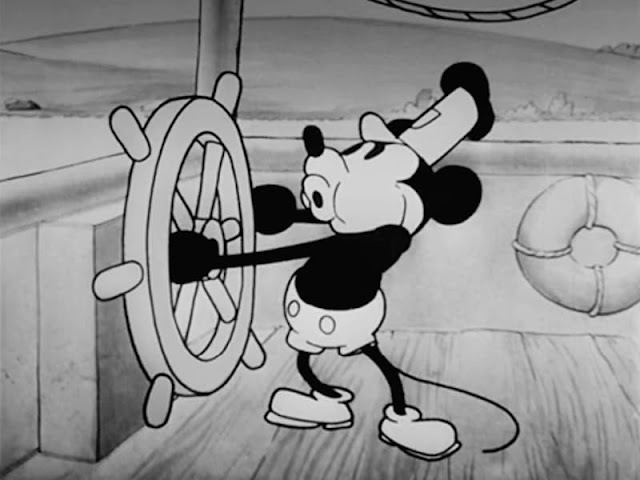 Ninety-three years ago today, Disney released Steamboat Willie in New York.  Though the short was the third Mickey Mouse short to be produced, it was the first to find a distributor and be released, causing the Walt Disney Company to use it as marking Mickey's debut to the world.  The short innovated cartoon shorts at the time by being the first cartoon short to have synchronized sound throughout the entire short.  The magic of sound and comedy quickly propelled the mouse to the most prominent animated character of the time.