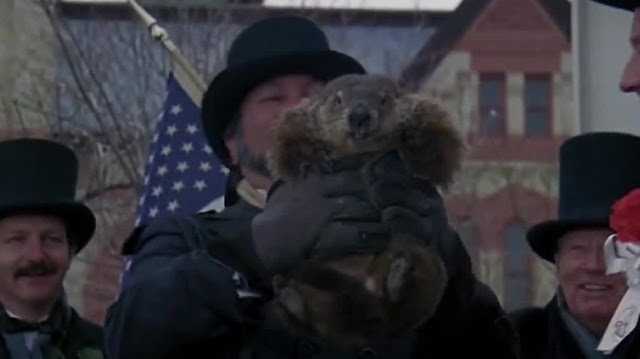 Well, the little bear rat in Pennsylvania saw his shadow, so supposedly we're in for six more weeks of winter.  Looking at our forecast up here for the next couple of weeks, I'm inclined to believe him, especially with this impending winter storm.