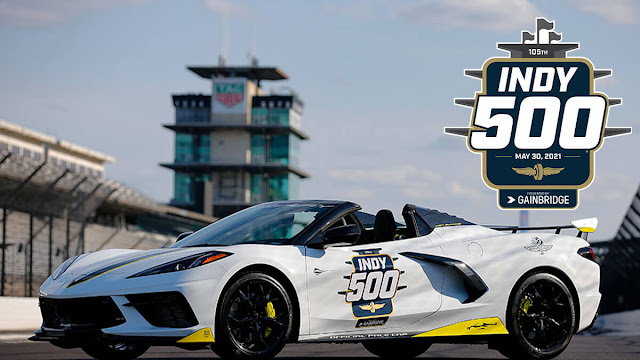 Today is the Indianapolis 500.  Not something I normally would have kept up with, but living here, it's hard to ignore.  There are yards that have been decorated all month for the celebration.  And references everywhere.  I understand that it normally would have been an even bigger affair, but still muted a little by the pandemic.  They are allowing the stands to be at 40% capacity for fans to observe, but that will still be 135,000 people.  That makes it the largest sporting event yet of the pandemic.

There have been other modifications this year.  The infield "Snake Pit" will be empty and the pre-race concerts will not be held.  They will, though, allow local broadcast of the event, so that Central Indiana gets to watch it on television as an alternative.

If we didn't have other plans for today already, we'd be watching on television at least, just to feel a part of it.  This remains one of our goals to attend to feel like we've really experienced Indianapolis.  Hopefully next year.

For now, hopefully, it's a great race.