Let me tell you what I wish I'd known
When I was young and dreamed of glory
You have no control:

Who lives
Who dies
Who tells your story

Who Lives, Who Dies, Who Tells Your Story - Hamilton

I don't imagine Alexander Hamilton could have imagined his life being a Tony and Pulitzer Award winning hip-hop, sung through musical, and yet here we are.

This past Saturday, April 6, 2019, Jamie and I got to have a date afternoon and see Hamilton for a second time as part of the Dallas Summer Musical 2019 season.   We had previously made a runaway trip to Chicago to see that cast and had loved it there (surprisingly, the actor who played Hamilton in that show is the one who is part of this touring company).  After viewing the performance on Saturday, we know it's on our list to see every time it comes through.

I've previously written about the best things that I have seen on stage.  And after this second viewing, I can say without a doubt, Hamilton is the most well-crafted and staged musical I have ever seen.  With this viewing, there were so many little details in staging that I was able to observe.  The way the actors trade focus in One Last Time.  The precise moment where everything drops out in The World Was Wide Enough tied to the lyrics.

It still makes me cry.  It's one chord in particular in two separate songs that just turns me into a mess.  And from reading other reviews, I'm not the only one.

It is so well done, it is astounding.

This is the power of theater.  The ability to pull off a hip-hop, sung through musical about our Founding Fathers with color-blind and specifically diverse casting.  And for it to be so impactful.

If you have a chance, do yourself a favor and check it out.  It's worth it. 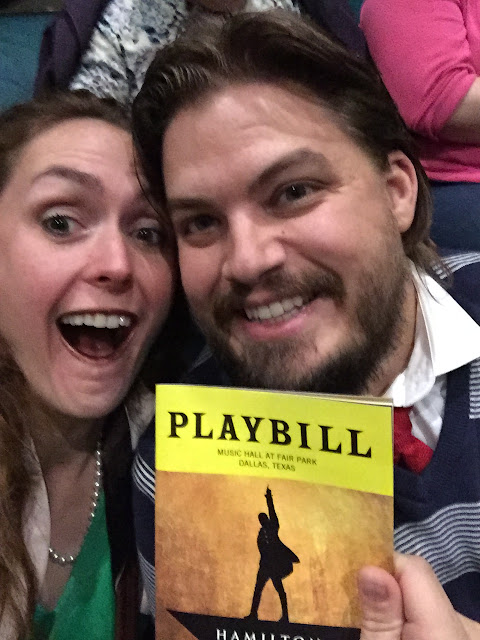