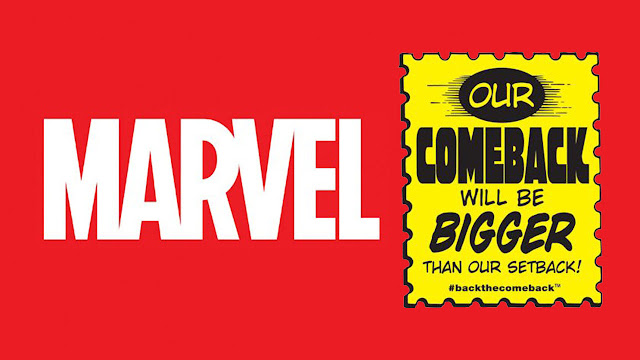 Marvel Comics celebrated its 81st birthday yesterday.  The day commemorates the release of Marvel Comics #1 on August 31, 1939, featuring the first Marvel characters: The Human Torch and the Sub-mariner, as well as minor characters the noir detective the Angel, the western Masked Raider, and the jungle lord Ka-Zar.  The first print of 80,000 quickly sold out, leading to a second print that sold out of 800,000 copies.

Since then, Marvel has been a hit.  And in the decades since it has become a household name.  There have been lean periods.  The post Wertham Seduction of the Innocent period pre-1961, where all comics companies were struggling to find what genre would be a hit.  The Marvel bankruptcy and speculator boom and bust of the 1990s.  But the company has come through each with innovation and storytelling.

All comic companies are facing a particularly difficult season this year, like other entertainment businesses.  Individual comics are still primarily sold through the direct market, a collection of small business comic shops across the country.  Margins are generally razor thin, and many comic shops have been going under even prior to the whole shutdown.

To compound things, comics are primarily distributed through one company, Diamond Comic Distributors.  The shutdown and shipping restrictions meant that for nearly two months, no new comics were being shipped to comic shops, though there were finished products that could have been available and ready to ship.  Even digital copies of these issues were withheld from the digital storefronts.  The major publishers are just now starting to find a new rhythm for shipment, though the standard Wednesday shipment of all issues has come to an end.  The era of the Wednesday warrior is over.

Marvel's recent success with film has likewise ground to a halt, as Hollywood is still unsure how to proceed.  No one is lining up to return to movie theaters, though they are reopening across the country.  Marvel's last film in its old 20th Century Fox deal, The New Mutants, released last week, earning only $7 million, the lowest of any X-men film.  Marvel Studios tentpole Black Widow film is supposed to release in November, but with how this year has gone, who knows.  Production is likewise uncertain, as only certain countries are allowing filming to resume.

In recognition of this difficult year, Marvel has recently added an icon to its covers, visually similar to the old Comics Code Authority approval seal.  It's an image created by Diamond Comics Distributors, reminding us that this too shall pass.

Our Comeback Will Be Bigger Than Our Setback.

That these momentary and fleeting afflictions shall not be the defining characteristic of our future.  It's a reminder that echoes the optimism inherent in Marvel Comics.  Echoes of that great moment in Amazing Spider-man #33, where Spider-man has been crushed under heavy machinery following a fight with Doctor Octopus.  Trapped there, he finds the situation hopeless; he's too exhausted from the fight, the machinery is too heavy, the situation is too impossible.  And yet, through grit and determination he finds the strength needed to lift the machinery off of him.  To fight on.  He remembered what he was fighting for.

It's an incredible two page sequence, one of the most remembered from Spider-man's storied past.

That's where Marvel and we are right now.  The situation looks dire, the weight seems too much.  But there is always hope.

Happy Birthday Marvel!  Keep reminding us to look up!