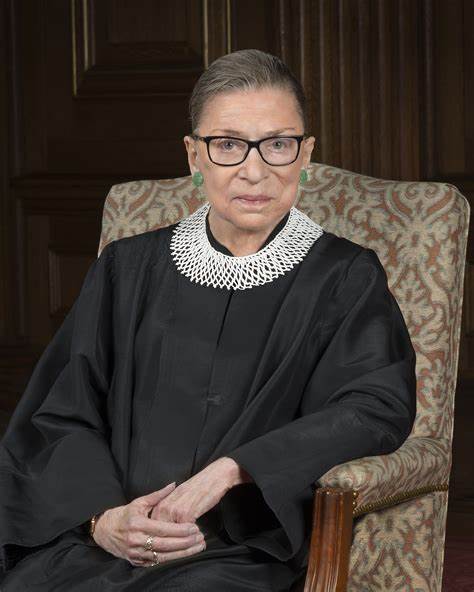 "Women belong in all the places where decisions are being made. ... It shouldn't be that women are the exception."

Supreme Court Justice Ruth Bader Ginsburg passed away today at the age of 87.  An iconoclast, she remained a vital advocate for gender equality and women's rights right up to her passing. It is not a stretch to say her advocacy and legal career created the framework for modern gender discrimination law.  Her tireless work as an attorney for the ACLU and as a judge and Supreme Court justice, only the second woman nominated to the Supreme Court, remain a bedrock foundation in this area.

“The work is really what saved me, because I had to concentrate on reading the briefs, doing a draft of an opinion, and I knew it had to get done. So I had to get past whatever my aches and pains were just to do the job.”
Ginsburg had been fighting pancreatic cancer for a long time.  Despite this diagnosis, she remained determined to be active on the court.  When Justice John Paul Stevens retired in 2010, Ginsburg became the oldest serving Supreme Court Justice on the court.  She wore that distinction with pride, hoping to emulate Justice Brandeis, with nearly 23 years on the court, and Justice Stevens, with nearly 35 years on the court.  Her tenure provided her 27 years on the court, and made her the fourth longest serving justice of all time.
If we follow the precedent set in 2016 with Merrick Garland, no nominee should be named to fill Ginsburg's vacancy on the Supreme Court until after the election.  President Obama had nominated Garland in March 2016, but the Senate refused to hear the nomination, arguing that the next elected president should fill the vacancy.  It was too close to the election.  With it being mid-September and the election at the very beginning of November, surely the Republican party will have the integrity to maintain the same position this year? Sadly, it doesn't look like it.
It will fall to the millions of people Notorious RBG has inspired to keep up the fight.  It looks like it will continue to be a long one.
"People ask me sometimes...'When will there be enough women on the court?'
And my answer is: 'when there are nine.'"
Posted by Mitch at 9:28 PM