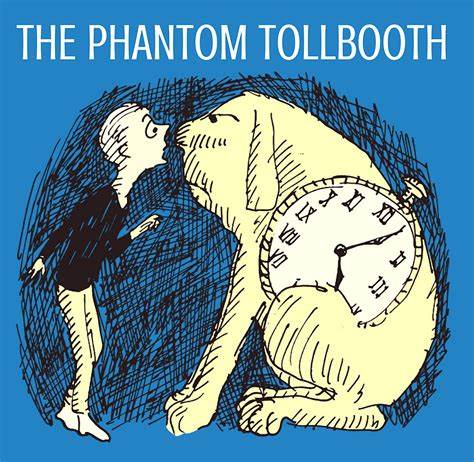 "It provides the same shock of recognition as it did then - the same excitement and sheer delight in glorious lunatic linguistic acrobatics.  It is also prophetic and scarily pertinent to late-nineties urban living.  The book treats, in fantastical terms, the dread problems of excessive specialization, lack of communication, conformity, cupidity, and all the alarming ills of our time.  Things have gone from bad to worse to ugly.  The dumbing down of America is proceeding apace.  Juster's allegorical monsters have become all too real.  The Demons of Ignorance, the Gross Exaggeration (whose wicked teeth were made 'only to mangle the truth'), and the shabby Threadbare Excuse are inside the walls of the Kingdom of Wisdom, while the Gorgons of Hate and Malice, the Overbearing Know-it-all, and most especially the Triple Demons of Compromise are already established in high office all over the world.  The fair princesses, Rhyme and Reason, have obviously been banished again.  We need Milo!  We need him and his enduring buddies, Tock the watchdog and the Humbug, to rescue them once more.  We need them to clamber aboard the dear little electric car and wind their way around the Doldrums, the Foothills of Confusion, and the Mountains of Ignorance, up into the Castle in the Air, where Rhyme and Reason are imprisoned, so they can restore them to us.  While we wait, let us celebrate the good fortune that brought The Phantom Tollbooth into our lives thirty-five happy years ago.  Mazel tov, Milo, Norton, and Jules!"
Maurice Sendak, 1996 in his introduction to the book
Norton Juster passed away yesterday at the age of 91, from complications from an earlier stroke.  An architect by trade, Juster had been given a grant by the Ford Foundation in 1954 to write a children's book about cities.  Instead, he began to be preoccupied with the story of a boy who asked too many questions.  This grew into his most popular and beloved book, The Phantom Tollbooth.
The Phantom Tollbooth was a foundational book in my childhood.  There is a reason that it made my top seven books.  My sister read it first and originally had the copy, I would discover and devour it later.  The wordplay and the concepts resonated deeply with me.  It's a book I revisited in college, as a new parent, and will start re-reading now.
The book is a love letter to learning.  In it, Juster created a version of Wonderland, Oz, or Neverland filled with wordplay and puns, celebrating language and math.  Ruled by King Azaz the Unabridged and his brother, the Mathemagician, the world was filled with the most interesting characters.  The Whether Man.  The Which.  Tock, a literal watchdog.  The Humbug.  The Spelling Bee.  If you saw my online presence in the early internet, you would have discovered my appreciation for Dr. Dischord and the awful Dynne.
Beyond The Phantom Tollbooth, Juster has written such beloved works as The Dot and The Line: A Romance in Lower Mathematics, The Hello Goodbye Window, and The Odious Ogre.
Though he will be missed, we are fortunate his work lives on, continuing to delight and surprise new readers, and to inspire us all.
"You must never feel badly about making mistakes ... as long as you take the trouble to learn from them. For you often learn more by being wrong for the right reasons than you do by being right for the wrong reasons."
Posted by Mitch at 3:28 PM