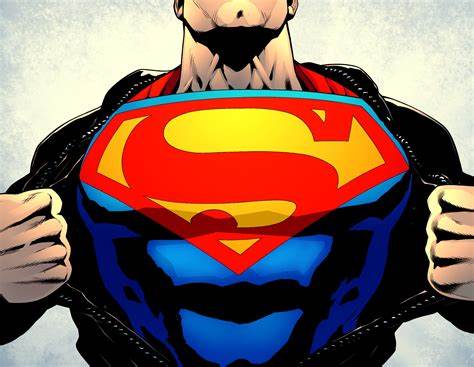 Superman turned 84 yesterday, marking the anniversary of the publication of Action Comics #1 on April 18, 1938.  The series has been rebooted, the costume has changed and changed back, and Superman has died and come back (a few times), but the first superhero is still being published monthly and still fighting the never ending battle.

And boy do we need him now more than ever.

Think about it.  Everything Superman stands for seems to be under attack.

But what is truth when unpopular realities can be dismissed as "fake news" or a documented record can simply be denied.  When the images we see must be evaluated for their level of manipulation.  When scripted dramas are passed off as reality television.  What is truth when feelings and opinions matter more than facts.

What is justice when it seems to be applied unevenly at best.  When the color of ones skin can be the difference in a business meeting in a coffee shop and an arrest at a coffee shop or between life and death in a traffic stop.  When antisemitic, white power, and alt-right groups are on the rise.  When the gender pay gap still exists.  When affluenza is a recognized condition.  What is justice if it is not blind.

What does the American Way mean anymore.  Especially when our country is as fractured as it is.

Sadly, even the "reporter for a great metropolitan newspaper" part is going away in our society.

Over time, Superman's character continued to solidify.  Powers and weaknesses came and went; some of them very, very strange.  But the core of the character remained.  Superman is honest, fair, and decent.  He is a paragon of virtue who knows and does what is right.  He is the strongest one there is, but uses that strength to protect only, not to intimidate or bully.  Strength with responsibility.

It's that character we need again.  Not the struggling, near-objectivist protagonist present in the more recent Warner Brothers films.

Up in the Sky!