Jamie and I took a whirlwind trip to New York City this past weekend.  We try to have a getaway weekend once a year for just the two of us.  And launched off the discovery of cheap airline ticket  and the desire to see a specific production, New York City became this year's destination.
We made a point of experiencing things that we had not done on any previous trip, so it was a fun time of discovery and adventure.  And generally, the highlight of this trip was great food and a good show.   Below, I've included just a brief glimpse the long weekend. 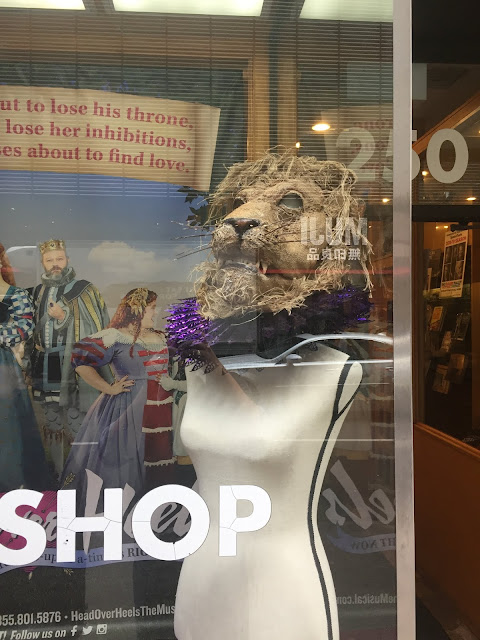 A lion mask in the window at the Drama Book Shop.  First time to visit this store, and will definitely be something we return to.  The selection of scripts is impressive and a great resource for Jamie. 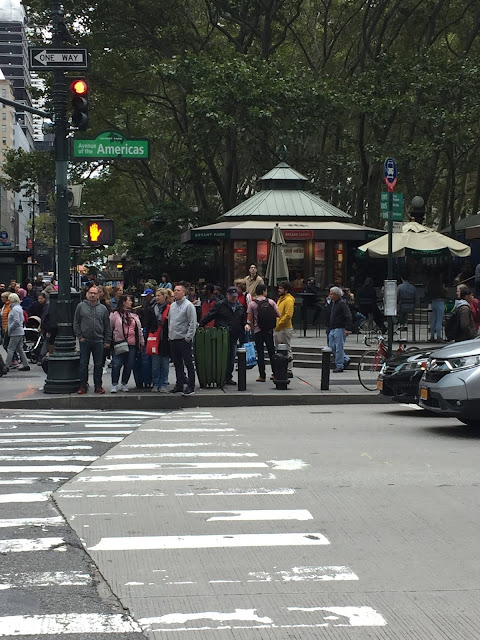 A stop at the Breads Bakery stand at Bryant Park for chocolate babka.  A great afternoon pick-me-up. 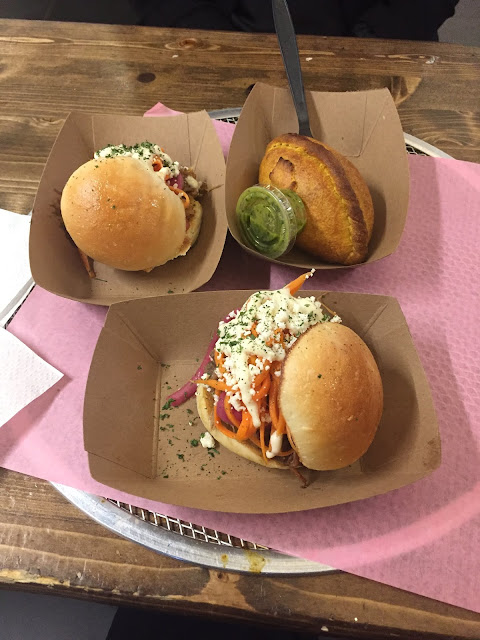 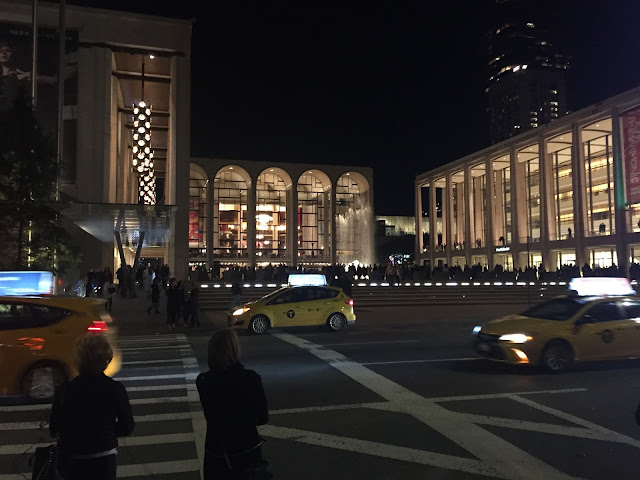 Saturday night was capped with a production at Lincoln Center.  Neither of us had seen a show here, so it was a great opportunity. 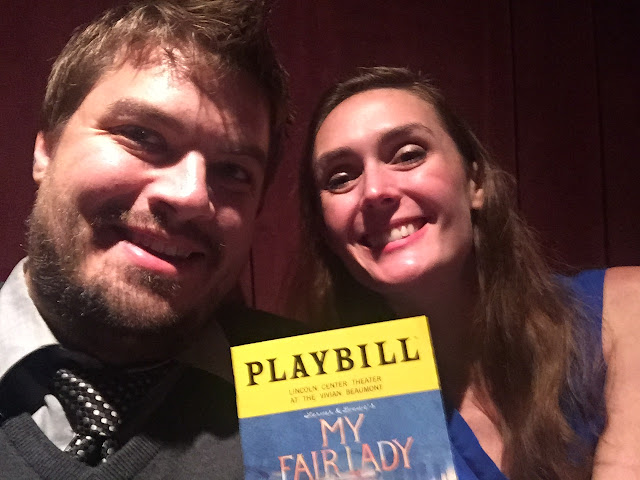 Obligatory show selfie at My Fair Lady.  With the work around Pygmalion/Thou Fair Eliza, this was the show we were coming specifically to see and it did not disappoint.  Better than the movie.  And it was great to see Lauren Ambrose, the originator of Eliza in this particular version. 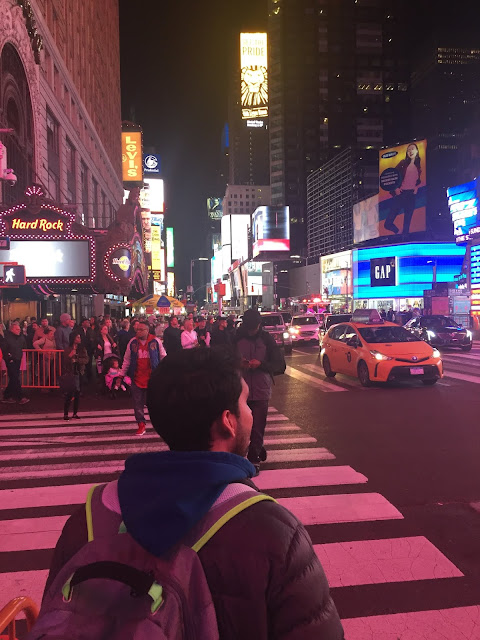 A stop in Times Square after the show. 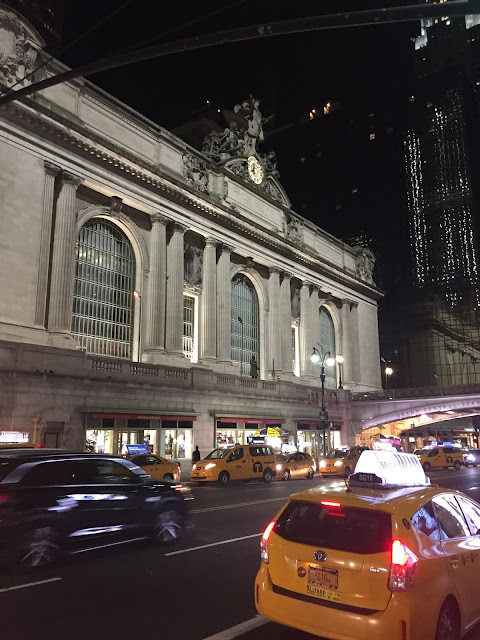 Grand Central Station.  The Grand Hyatt here has become one of our favorite places to stay.  Great hotel and location. 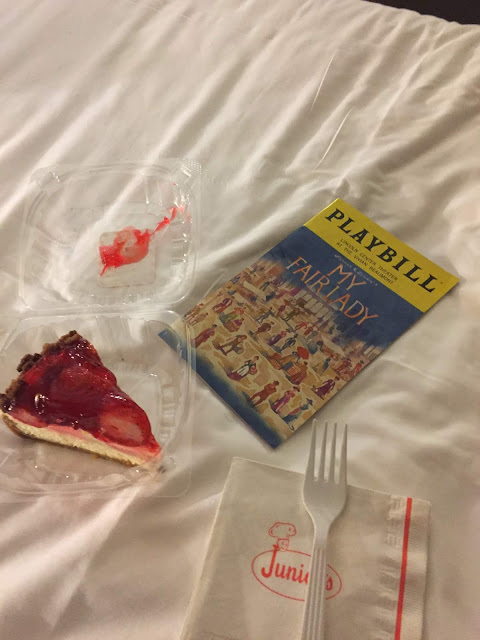 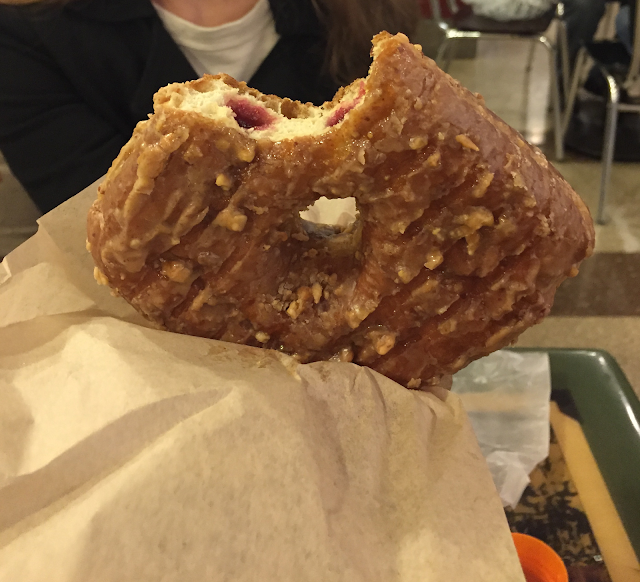 Breakfast from Doughnut Plant in Grand Central (though there are other locations around the city).  A peanut butter glaze and blackberry jam filling.  Yum! 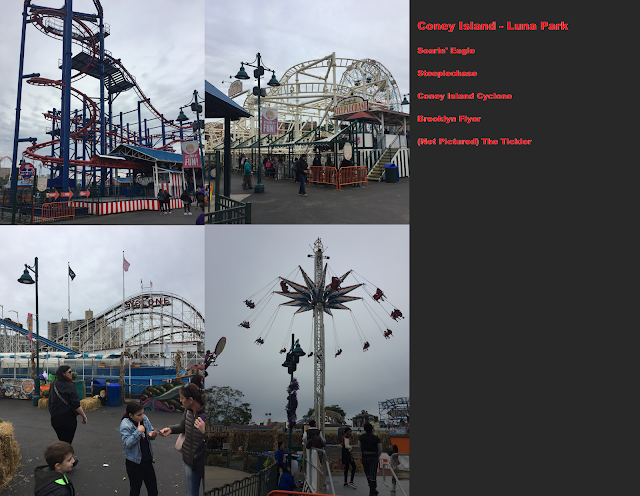 Our second day was spent primarily at Coney Island.  A first for both of us and Jamie's first time spent in Brooklyn.  We made it through all the roller coasters but one (that's my fault), including the 91 year old Coney Island Cyclone. 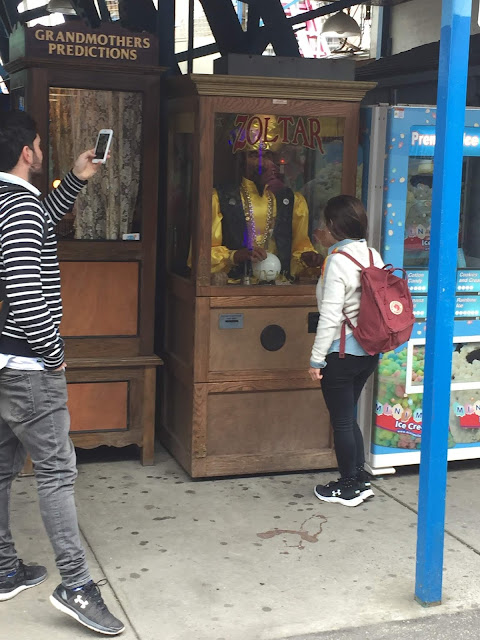 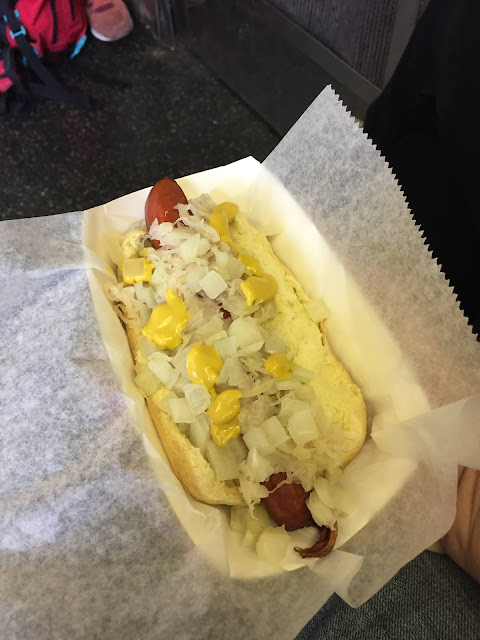 Lunch from the original Feltman's Coney Island - the first hot dog stand.  Skip the line at Nathan's and go to Feltman's. 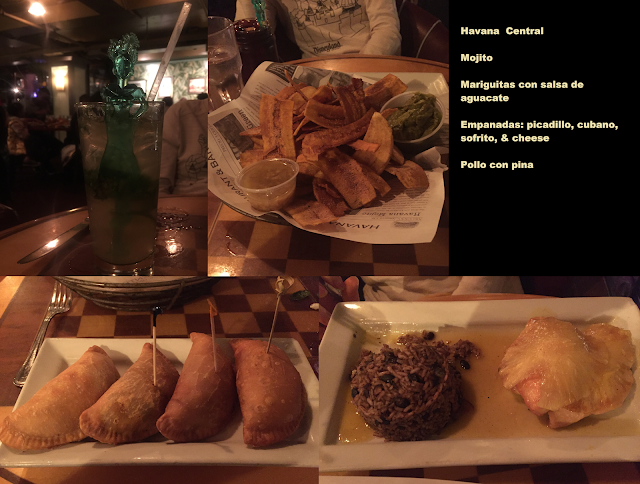 After a brief rest back at the room, dinner at Havana Central.  Cuban food, with a very fresh mojito, plantain chips and guacamole, empanadas and chicken with pineapple.  A great capper to the trip.

We closed out the trip Monday with breakfast in Grand Central, lunch at LaGuardia, and a long trip to get the kids.  And of course before the trip was complete, we were already planning a trip to bring the kids to New York and where we would be going on our next getaway.

So many places to visit.