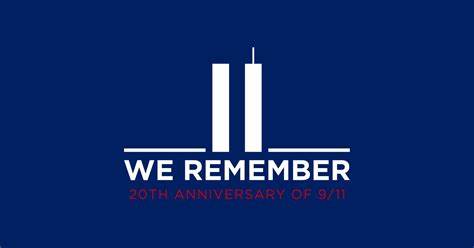 A day that will be forever etched in our memories and still affecting us now twenty years out.

I'll remember how that day unfolded forever. I had turned on the television before heading out to classes, so that I could check the weather and more importantly check the traffic.  The screen tuned to a shot of the first tower with smoke billowing out of it.  Unsure of what I was watching, my attention kept turning back to the television as I continued to get ready.

And then it happened.  I saw the plane hit the second tower live as it happened.  Dumbfounded, I just stared at the screen.  Unfortunately, I still needed to head to class, so I got in my car and headed toward the university, radio station tuned to pick up any news I could.  Most classes were canceled, one in the afternoon went ahead.  In between everything, I kept heading back to the dining common space in the McCombs business building to stay tuned to the televisions.  Following the events through the attack on the Pentagon and the grounding of flight 93 in Stonycreek, Pennsylvania.

What I remember most of that day and those immediately following was the eerie quiet.  Austin is a noisy city, but with the planes grounded and the tension that followed, the city was eerily silent.  Everyone absorbed in the fear and paranoia of the day.  Turning inward and remaining inside.  To stay safe.  The busy activities of the city had ground to a halt.

We saw first responders sacrificing their time and their lives to go back into the chaos, into the rubble, to save whoever that they could.

We discovered that there are still a lot of helpers in the world.

"My mother would say to me, 'Look for the helpers.  You will always find people who are helping.'  To this day, especially in times of disaster, I remember my mother's words, and I am always comforted by realizing that there are still so many helpers - so many caring people in this world." Mr. Rogers

We saw people protecting those of a different religion, recognizing that though the attackers may have been Islamic, that their actions and their hate were not shared by the millions of American Muslims who shared our fear and loss, and the millions of Muslims around the world who saw their religion hi-jacked by extremists.

We saw neighbor helping neighbor to rebuild, to grieve, and go forward.

We all became a little bit of a New Yorker in those days, sending aid, thoughts, and prayers for the city to get back on its feed.

And we saw Americans realizing that our divisions do not matter.  That we carry one unifying label, American, and that we love our country and will stand united against its enemies.

I think this last one is very important for us to remember, now twenty years removed.  And while we do not forget the event, I pray that we remember the lessons we learned that day as well.

We should be able to recognize that that person on the opposite end of the political spectrum generally wants what is best for the country, even if it may not seem like it to you.  We have far more common ground than you could imagine, if we could only work together.

I pray we remember this spirit from the post-9-11 world.  And it starts with each of us.  To reach out to those around us and pitch in together.  To not denigrate the other side, or to blame all of our problems on the "Democrats" or "Liberals" or to point fingers at the "Republicans" or "Conservatives," or whatever other label may be applicable. To allow for an open discussion and debate of all sincere ideas on how to improve the country and to improve the lives of its citizens.

For the most important thing we learned is that there is a spirit in America that cannot be quenched.  That cannot be extinguished by any outside force.  We are the only ones who can quell it.  Abraham Lincoln spoke about this in his Lyceum Address.  "How then shall we perform it?  At what point shall we expect the approach of danger?  By what means shall we fortify against it?  Shall we expect some transatlantic military giant, to step the Ocean, and crush us at a blow?  Never! -- All the armies of Europe, Asia and Africa combined, with all the treasure of the earth (our own excepted) in their military chest; with a Buonaparte for a commander, could not by force, take a drink from the Ohio, or make a track on the Blue Ridge, in a trial of a thousand years.  At what point then is the approach of danger to be expected?  I answer, if it ever reach us, it must spring up amongst us.  It cannot come from abroad.  If destruction be our lot, we must ourselves be its author and finisher.  As a nation of freemen, we must live through all time, or die by suicide."

In our response to 9-11, we saw a nation unified, undeterred by the attacks, stronger than ever.   Here twenty years later, we're splitting at the seams again.  We've listened to those voices that speak only for their own gain to divide us into groups of "us" and "them."  And have you noticed, the group that is the "them" continues to get bigger and bigger and more and more voices tell us who we should be against.  We listen to voices that keep telling us that our list of allies grows shorter and shorter, while the list of enemies continues to grow longer and longer.

We've politicized health and safety, to the point where we have some in the population who deny a pandemic.  We've bought into big lies regarding the security of our elections, because we don't like the outcome.  We've allowed the "other", the boogey man in our head to do far more damage than the terrorists ever did.

We're forgetting those lessons of unity.

I pray we can turn this around.  That we remember and honor the fallen, we celebrate the first responders and their courage and sacrifice, and that we treat each other with the same grace and charity we did in that new world.