The Story We Tell

Updated from Facebook August 17, 2017 - important again as the governor of Virginia has ordered the statue of Robert E Lee to be removed from Richmond (now blocked by a judge) and in light of the removal of the Texas Ranger statue at Love Field (more on that tomorrow) 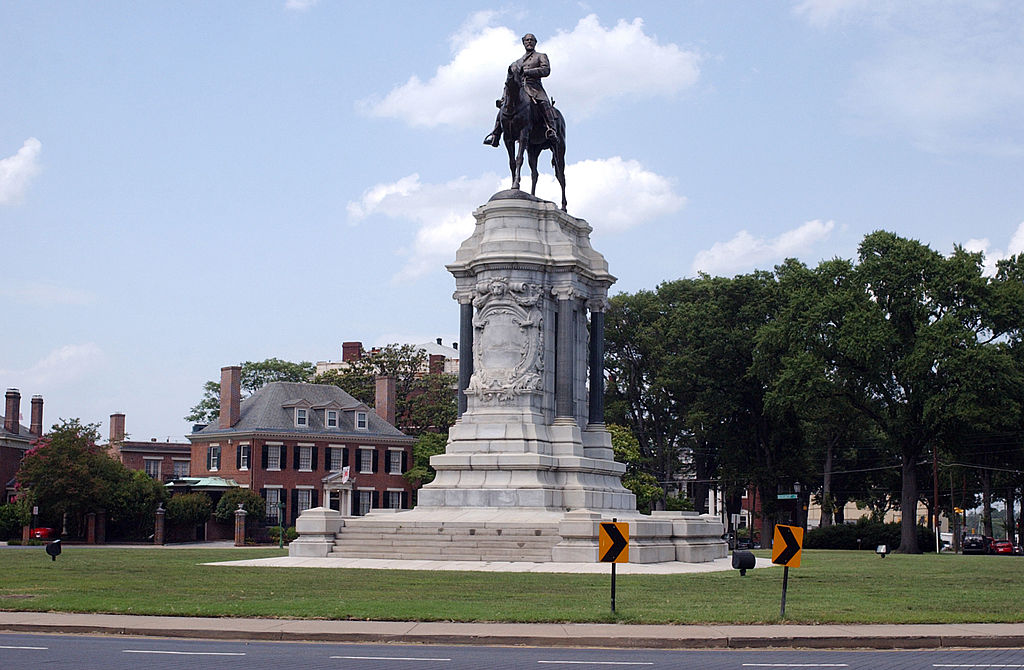 “Let me tell you what I wish I’d known when I was young and dreamed of glory. You have no control: Who lives, who dies, who tells your story?” – History Has Its Eyes on You, Hamilton, Act 1

There has been a lot written over the past weeks about the place and removal of Confederate statues from cities across the country. Some good, much very disheartening and often disturbing. It is clear that this issue stirs up passions on both sides of the issue. And for the life of me, I cannot understand why.

Don’t get me wrong, I can understand and sympathize with the passion of the people who want to tear them all down. I understand what the statues represent to them. They represent oppression and hatred. A glorification of an ugly stain on our history. A tool that was used to keep African Americans oppressed and remind them of their place (more on this in a minute).

But I have yet to see a cogent argument as to why they should remain, nor a coherent statement as to what the statues and flags and other memorabilia represent to those in favor of them. The most common responses uttered are “we shouldn’t erase history” and “heritage/history not hate”. But both of these are extremely problematic.

Regarding “erasing history”
First, this isn’t about erasing history, it’s about bringing it to light and remembering it for what it truly was. The Civil War was fought over slavery. Period. It represents one of the ugliest stains in our history in which one side was fighting to perpetuate an institution that should have been eradicated centuries ago.

We have to end this lie of the noble, benign Confederacy. The “lost cause of the Confederacy” is a lie perpetuated by the South after their loss in the war. A “literary expression of the despair of a bitter, defeated people over a lost identity.” Rollin G. Osterweis. It remains an attempt by the South to control its narrative and make the cause of the Confederacy look nobler than it was in actuality. And it has been perpetuated by writers and historians who choose to engage in this false narrative. Fluid prejudice.

Again, the Civil War was fought over slavery. Period. We should repeat it until it sticks.

But, state’s rights? Yes, it was about the right of a state to continue to perpetuate slavery.

But, economics? Yes, it was about the economics of slavery and its impact on the South. To quote Alexander Hamilton, “A civics lesson from a slaver. Hey neighbor, your debts are paid cuz you don’t pay for labor. ‘We plant seeds in the South. We create.’ Yeah, keep ranting. We know who’s really doing the planting.”

But Northern Aggression? Ah, yes, northern aggression, after the Southern states took the highly debated step of secession (to keep slavery) and with the South being the first to open fire.

Yes, there are complex reasons for every war. There are complex reasons why each and every person fights for a particular side. But we cannot lose sight of the fact that the root cause, the apex issue of the Civil War was slavery. Of the 11 states that seceded, 6 of the ordinances of secession or explanation of secession include slavery as a cause of their secession. In four states, the blame for secession is squarely on the abolitionist movement. The Civil War was about slavery.

Heritage/History Not Hate
Second, we have to stop pretending these monuments are about remembering the war instead of honoring the men that are represented and glorifying an idealized benign Confederacy.

There are ways to erect monuments to the stains of our past that let us remember and contextualize them, without glorifying them. You can look at how Germany has handled their troubled history from World War II. Monuments exist for the victims, not the perpetrators. They are often purposefully off-putting to remind you of the weight of the atrocity. “Lest we forget.”  The spot of Hitler’s death is marked by a simple, small placard, over a small patch of open land in a parking lot. Nazi regalia is prohibited from exhibition in the media, with some exceptions for educational purposes. It is contextualized, it is controlled, but it is not forgotten or deleted from history. It is treated as the stumbling stone or mill stone that it is.


And we could have done the same. We could have monuments to the victims of slavery that reminded us of the horrible institution that it was and the devastation that it made. We could have limited Confederate display to appropriate settings, like museums and battlefields, where the focus of the memorial is on the history, the sacrifice, and the weight that it carries. We did not.

The majority of these monuments to the Confederacy instead appear to celebrate the particular figures role in the Confederate army. They are often big, bold icons portraying the Confederate leaders in their finest. They are given places of prominence, whether it be in front of courthouses, on entire avenues dedicated to the monuments (Monument Avenue in Richmond, or perhaps more appropriately, the Avenue of Second Place Trophies), and filling the sides of mountains (Stone Mountain, Georgia). If you knew nothing of American history, you might assume the South had won the war.

These men are honored by their memorials, quite literally put up on a pedestal. And we should be clear, these men are not honored for their lives after the Confederacy or for their accomplishments before. They are remembered and honored in their full Confederate regalia. They are remembered for being the celebrated leaders of the Confederacy, instead of the traitors to or enemy agents of the United States that they are.

To argue otherwise is to ignore the history of the erection of the monuments themselves. The majority of these monuments were not even erected in the remaining years of the 1800s. The vast majority of these monuments were erected between 1900 and 1920, in the middle of Jim Crow, and with the resurgence of the KKK. Yes, the monuments were put up to honor Confederate leaders, but the timing of their creation makes it clear that the motivation was to physically symbolize white terror against blacks in the segregated South. This would also explain the motivation of putting them in front of courthouses and in town squares. They were put in places of prominence for a reason. After that peak, the building slowed to a crawl until the middle of the 1960s, coinciding with the Civil Rights movement. Again, this was not coincidental.

The Slippery Slope
And I want to cut off one line of disingenuous thinking before it begins – if you cannot understand the difference or find the line between having the Confederate generals on Stone Mountain and the presidents on Mount Rushmore, between the statues in Monuments Avenue and the memorials on the National Mall, even between a statue of Robert E. Lee and Martin Luther King, then it will do no good for us to continue to discuss. For a slippery slope argument to work, the feared inevitable next step must truly have a logical link between them without as big of an apparent leap. There is a huge difference between memorials to honor a particular person for their notable achievements despite their flawed histories and memorials that honor a deplorable cause that a particular person championed. The two are not synonymous.

This is why the worry over removing statues of George Washington because he once owned slaves is overblown.  The fact that George Washington owned slaves is an unfortunate part of his history, but it is not something that defines his history.  The accomplishments that are celebrated when we erect monuments and statues to George Washington are his leadership in the Revolutionary War, his presidency, his restraint in walking away from the government and not becoming an equivalent king.  We're not celebrating his ownership of slaves or his status as a slave owner.  This isn't erasing the problems in his history, but putting them in the proper perspective.

Context is important in understanding this point.  The statues of Confederates are often placed in locations that do not make sense in context.  Places where the honored does not have a connection.  Places like in front of courthouses, in town squares.  Places where their purpose of intimidation become much more apparent.

Again, think of the differences of placing a statue of Roberet E Lee in his Confederate uniform in front of a courthouse in Alabama and of placing one in civilian dress at Washington and Lee University.  One serves as a reminder of the Confederacy and what it stood for in a place of prominence in the town - a place where African Americans would constantly be reminded of the history of oppression in the South.  A place where it served as a reminder every time the went to vote, to petition the government, to seek justice, etc.  As opposed to a statue remembering his service as the president of the college.

So the question again becomes why? Why is it so important that these memorials stand? Are they truly serving their purposes as a solemn reminder? Do they shame us? And if they do not, what do they stand for?

In particular, why is it so important that they remain when we know that they offend so many others? Why is the celebration of the white Confederacy so important? Do we truly care so little for each other that we stop listening to other voices when they tell us that they are problematic, oppressive, and offensive? If you are a Christian, do you love your African American brother and sister so little that you would put one of these monuments or the Confederate flag between you?

Tear most of them down and tear them down now. Let the ones that remind us of the gravity of the war stay, such as at Gettysburg, where we would expect memorials to the Blue and the Grey. Where it is impractical to remove them, contextualize them. For example, at Stone Mountain, the Martin Luther King Freedom Bell should be added (“Let freedom ring from Stone Mountain of Georgia”). But by all means, do not let us continue to idealize a Confederacy that never existed.

The South has so much more that can be celebrated. The food, the music, the natural beauty, the literature and art. We can celebrate this all day and every day. These stone monuments, however, have far outstayed their welcome.

Also, for good context on the problematic way we have presented the history of the South, I highly recommend the Southin' Off video series by Trae Crowder.  He uses language that I would not, but he really knows his history and explains it very well.  I can't recommend the ones labeled Southin' Off enough.
Posted by Mitch at 4:34 PM