"The angel answered, 'The Holy Spirit will come on you, and the power of the Most High will overshadow you.  So the holy one to be born will be called the Son of God.  Even Elizabeth your relative is going to have a child in her old age, and she who was said to be unable to conceive is in her sixth month.  For no word from God will ever fail.'" 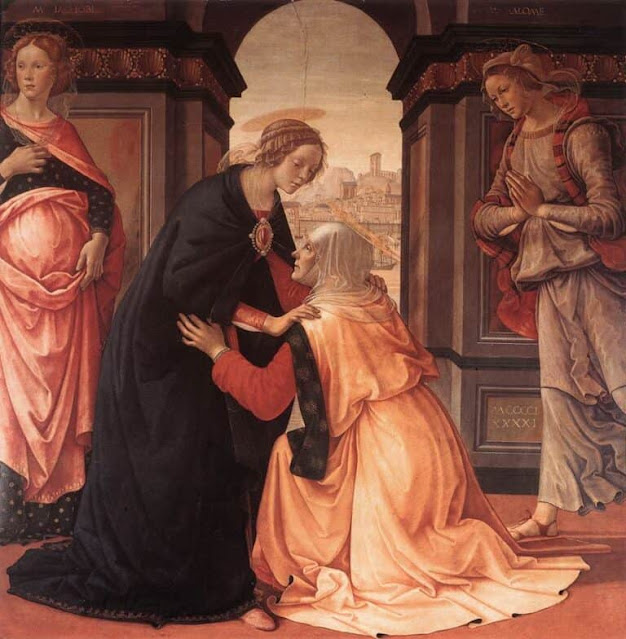 I've recently been fascinated by the pairing of the stories of the pregnancies of Elizabeth and Mary.  Mary's story rightly gets told and proclaimed throughout this time of year.  But Elizabeth's is often forgotten.  And it's the pairing of these two stories that show the full power of God.

Elizabeth's story is very brief; her only mentions throughout scripture are wholly contained in the first chapter of Luke.  We know that she was a descendant of Aaron.  That she is married to Zechariah.  That she was "well along in years."  That she was childless.

And we know she had prayed for a child.

In the very beginning of this Christmas story, before the angel speaks to Mary, we see God speak to his people for the very first time in over four hundred years.  His angel appears to Zechariah and lets him know that Elizabeth will conceive and give birth to John.

We focus on Mary's story because we find it the more miraculous.  The child is conceived immaculately.  Life is created from nothing.

But the story is even more astounding when paired with Elizabeth's pregnancy.  With Elizabeth, life comes from the dead.  From the barren.  Resurrection.

In Elizabeth and Mary, we see God creating.  From death and from nothing.  The Redeemer and the Creator.  Alpha and Omega.  Beginning and End.

In other mythologies, a common theme are the three sisters.  The weird sisters, the kindly ones, the norns, the fates, the furies.  Mother, maiden, and crone.

In this Christmas story, we see maiden and crone both becoming mother.  Life coming forth from beginning and end.

For no word from God will ever fail.