Yuletide - Zechariah - I Heard You

"And there appeared to him an angel of the Lord standing on the right side of the altar of incense.  And Zechariah was troubled when he saw him, and fear fell upon him.  But the angel said to him, 'Do not be afraid, Zechariah, for your prayer has been heard, and your wife Elizabeth will bear you a son, and you shall call his name John.'" 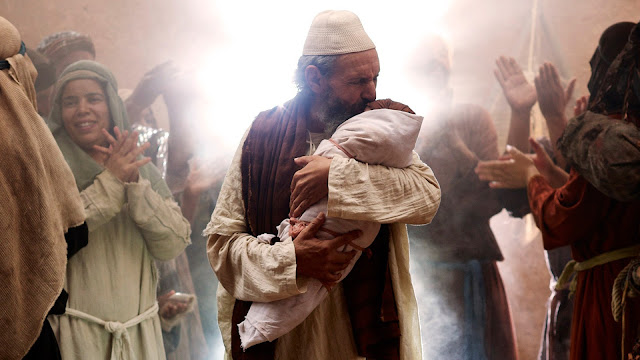 As I'm reading through Luke for our men's group Huddle, I'm hitting the Christmas story at just the right time.  It reminds me of how powerful this story remains to this day.

Of all the players in the greater Christmas story, Zechariah is one that I've never given much thought to.  He's there, just a bit player in John's story, but perhaps unfairly, I've sidelined him.

He is the first person to hear from God in over 400 years.  He's blessed with the first angel visitation in the broader story.  All through a very orchestrated plan to make sure he was serving in the temple that day.

In thinking through his story, I suppose I've always had the picture of he and Elizabeth getting what they've been continually praying for.  That after all these long years of prayer and petition, of continually bringing the request for child to God, their prayer was finally answered.

But what if the scenario were a little different?  With Zechariah and Elizabeth both well advanced in years, what if the prayer for a child was one that had fallen off the prayer request list?  What if Zechariah had given up hope long ago that he and Elizabeth would have a child?  Had stopped praying that particular prayer ages ago?  After all, he could see it was an impossibility, or at least a great improbability.

And likely, God had been silent in Zechariah's life for a long time.  The prayer for a child had seemingly gone unanswered.  No word, no promise.

It's into this that the angel of the Lord steps in.  His first words "your prayer has been heard."  God revealing himself to Zechariah, to His people and saying "I hear you."  "I heard you."

To which the angel replies, no, your first prayer.  That deep petition of your heart.  Your longing.  The prayer for a child.

Here is God saying I heard it, I hear it, I have always heard you.  But answering in His time.  Bringing forth His provision when it will be right.  When it aligns with His purpose.  In a manner that brings Him the glory.

He steps in and says that I am answering many prayers and promises.  The prayer for a child.  The promise for an Elijah.  The turning of the hearts of Israel.

It becomes easy to see Zechariah's confusion.  To have such an old prayer answered would be startling.

How easily we could be guilty of the same thing?

Maybe it's just me, but how often do we think we need to continually remind God of our request?  That we have to keep praying for the exact same thing over and over and over again, as if we think this time he'll finally hear us?

When God is trying to tell us, "I heard you, I hear you, I always hear you."

That's not to say every prayer will be answered in the exact way we want it to be.  But we have to believe that He hears us and His plan is the best.

In this season of miracles, perhaps that is the one you need to be reminded of the most -
He heard you, He hears you, He hears the requests of His people -
Always.