Yuletide - Let There Be Peace on Earth 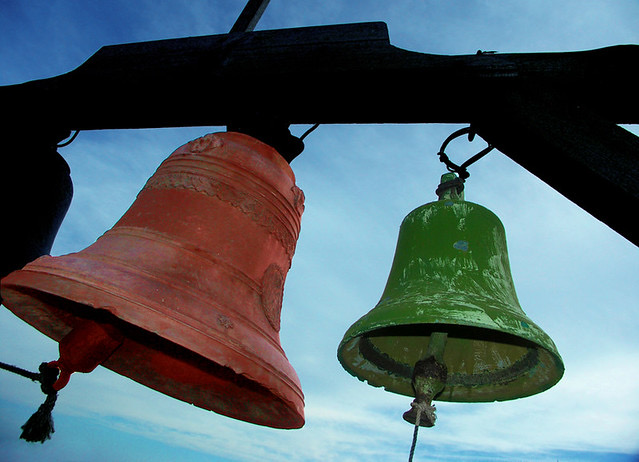 “I heard the bells on Christmas Day
Their old familiar carols play,
And mild and sweet the words repeat
Of peace on earth, good-will to men!”

“And suddenly there was with the angel a multitude of the heavenly host praising God, and saying,

Glory to God in the highest,

And on earth peace, good will toward men.”

It’s such a nice concept, and it is fairly ubiquitous at this time of year.  We sing hymns and carols about it.  We’ll hear sermons on it.  Send Christmas cards with its message.  But we have to question ourselves – do we really practice it?

Do we really believe in peace on earth?

For followers of the Christ child, the answer should be an emphatic yes.  If Christ is the Prince of Peace, and we are to be Christ-like (literally what Christian means), then we should be the first to practice peace.  Agents of Peace, if you will.  And not just in this Christmas season, when we wish everyone “peace on earth, goodwill toward men” as the angels did so long ago, but in each and every season.

How then do we practice peace?

First, and perhaps most importantly, we recognize that it starts with us.  It starts internally.

“If it is possible, as far as it depends on you, live at peace with everyone.  Do not take revenge, my dear friends, but leave room for God’s wrath, for it is written: ‘It is mine to avenge; I will repay,’ says the Lord.  On the contrary ‘If your enemy is hungry, feed him;  if he is thirsty, give him something to drink.  In doing this you will heap burning coals on his head.’  Do not be conquered by evil but conquer evil with good.”

The verse in Romans is so telling about our responsibility to peace, because it reminds us that in large part, it does depend on us.  “Let there be peace on earth, and let it begin with me.”  Peace is not someone else’s responsibility.  It is each and every one of our responsibility to be a person of peace.  To seek peace.  Not to simply avoid conflict, not to force peace through strength of will or of might, but to truly seek peace, to seek harmony, to seek wholeness.

It's why there can’t be an “us versus them” mentality among believers.  There can’t be an enemy other than Satan – the real adversary.  We can’t be against Democrats, or Republicans, or the LGBTQ community, or the NRA, or etc, or etc.  Insert whatever group you want in here.  There can’t even be enmity between believers and non-believers.  Why?  Because any and every person is just someone we’re called to show love toward.

I am, though, saying, the moment that we stop seeing any person as unworthy of God’s love, we’ve failed.  And we’ve stopped being part of the peace on earth that we seek.  We can’t demonize an individual or a group of people because of our disagreement or opposition.  If we follow Paul’s words above, and Jesus’ example, it’s those people we’re called to love even harder.  Going the extra mile.

“And in despair I bowed my head;

‘There is no peace on earth,’ I said;

‘For hate is strong,

And mocks the song

Of peace on earth, good-will to men!”

Secondly, it’s important that we recognize that the pursuit of peace is worthwhile even if we will never be able to attain it on our own.  The struggle for peace here on earth is a worthwhile pursuit in and of itself.

I fully recognize that we will not see true and complete peace on earth until the Prince of Peace returns.  Human beings naturally come into conflict.  Just look at my children trying to play a video game together in a cooperative mode.  We will not see an end to all conflict,  a pervasive inner calm, a level of acceptance and harmony; we will not see no more tears, no more pain, no more night, until sin is removed from this world.

That does not remove our responsibility to try and make this world a better place while we are hear.  It doesn’t remove the commands to love others, including our “enemies.”  We as Christians should be known as people of peace.  The first to love.  The first to run in and care for others.  The first to bring peace.

Indeed, let there be peace on earth, and let it begin with us.

So, this season, I ask you to look internally and ask if peace is starting with you.  I pray that you are at peace, that you know peace, and that you will seek peace.  I pray, that even if for just a moment, we will have peace on earth.

That would be a Merry Christmas indeed.

And a great gift for the Prince of Peace.

“Then pealed the bells more loud and deep:

‘God is not dead, nor doth He sleep;

The Wrong shall fail,

With peace on earth, good-will to men.”