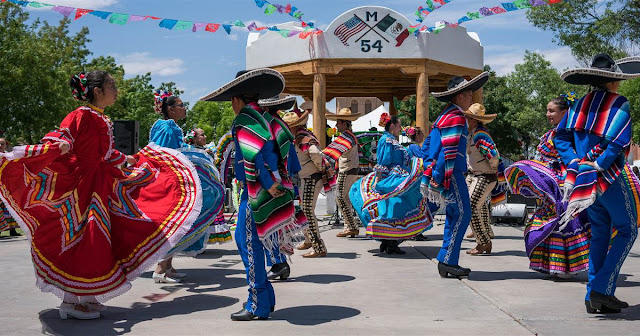 Today is the fifth of May.  A day marked on the calendar for a Mexican holiday to commemorate the Mexican Army's victory over the French Empire at the Battle of Puebla, on May 5, 1862.  The victory of the smaller Mexican army over the larger French army was a boost in morale for Mexico.

The holiday has been celebrated in California continuously since 1863, and has spread to the greater United States.  It is virtually ignored in Mexico - it is not a statutory holiday, though the schools are closed.  It is an official holiday in the Mexican state of Puebla and the neighboring state of Veracruz.

In the United States, it has largely become a celebration of Mexican food and alcohol.  In fact, in 2013, more beer was purchased for Cinco De Mayo than for the Super Bowl or St. Patrick's Day.

It should be a celebration of Mexican culture.  It should be an opportunity to learn about the history, heritage, and culture of our neighbors to the south.  To see how intertwined our histories and destinies are.  To celebrate the music, the art, the food, the dance, and the style of Mexico.  There have been proposals to this end, including a resolution from Congress dating back to 2005.

Hopefully, we will make that official soon.

We will be trying to teach Avalyn and Jude about Mexican culture and history today.  Hopefully, over time, some of that will stick.