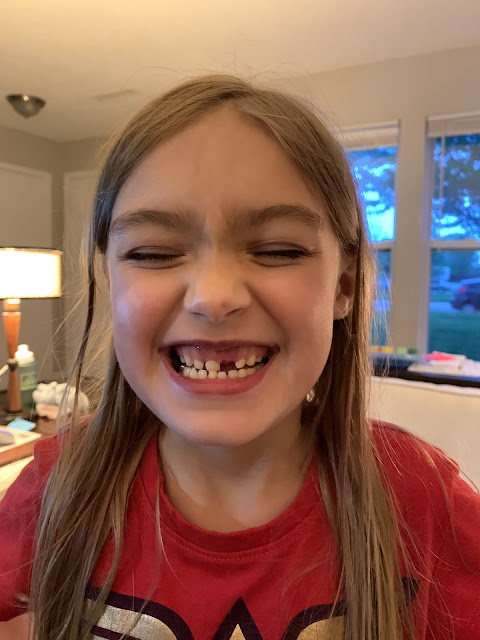 We finally have the first tooth out. That tooth had been so wiggly, so loose and hanging on by a single thread of a root for the past week. Over the past two days it seemed to drop an additional millimeter each day, but she would not let anyone touch it. We finally convinced her we had to pull it last night because we were seriously concerned it would fall out in the night.

At least now she knows the process doesn’t hurt. Hopefully the next tooth, which is the other one on the top, will be a lot easier of a process.

Otherwise, it’s going to be a very involved ordeal as she keeps losing these baby teeth

At least for now, she’s so excited to show it off. I’ll try to convince her that if she can avoid sticking her tongue through the hole, it will come in all gold (as my family tried to convince me).

I’m sure she’ll buy into it as much as I did.