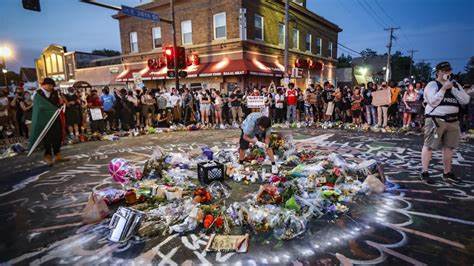 Around the time of the George Floyd murder, we watched the movie Just Mercy as a family.  It tells the true story of Bryan Stevenson, a Harvard educated lawyer who travels to Alabama to found the Equal Justice Initiative, a program to help fight for poor people who cannot afford proper legal representation.  Much of his work takes the form of appeals for death row inmates, including Walter "Johnny D" McMillian.  McMillian was an African American man convicted of the 1986 murder of a white woman, Ronda Morrison.  When Stevenson studies McMillian's case, he discovers that the entirety of his conviction hangs on the word of another convicted felon, who traded his testimony for a lighter sentence.  All evidence favorable to McMillian was excluded, including several eye witness testimonies that confirmed that McMillian could not have been involved.  The testimonies were excluded because the witnesses were black.  McMillian was convicted because he had "looked like a criminal" in his mug shot.  And so there is no mistake, he was wrongfully convicted.

He was guilty of existing while black.
Stevenson is also African-American.  The film depicts other instances of Stevenson suffering for existing while black.  He is forced to strip naked before visiting his clients in the prison, something no other attorneys are required to do.  He is pulled over by the cops while driving.  They offer no reason for the stop, but threaten him at gunpoint.  Guilty of the crime of driving while black.
"Driving while black" is the usual way this crime is referenced.  It refers to the tendency of African Americans to be pulled over for no apparent reason.  The thought is the very fact that an African American is driving that type of car, in that neighborhood, at that time of day, and so on and so on, is inherently suspicious.  "Driving while black."
We're seeing that the list of suspicious activities and crimes that African Americans can be stopped for, questioned about, convicted of, and killed for is rapidly increasing.
At that time a year ago we added:
In the year since George Floyd's murder, we've added
And those are just perhaps two of the most noteworthy.
There have been 181 Black people killed by police since George Floyd's murder.  Black people are three times more likely to be killed by police than white people, despite being 1.3 times more likely to be unarmed than white people. These figures are amplified when looking at the country's largest cities.  In 47 of the 50 largest U.S. cities, police killed Black people at higher rates than white people. In Chicago, police killed Black people at a rate 22 times more than that for white people, based on killings per 100,000 population. In Miami, racial disparities could not be calculated because every person killed by the city's police department was Black or brown.  Of the 181 police killings of Black people since Floyd's death, the highest number of killings occurred in Florida, with 19 victims, followed by California, where there were 17, and Texas and Georgia, which each recorded 13.
We would like to think things have changed, and they have in small ways.  But there are so many large scale changes that still need to be implemented.  We have to remember that we are here because of long standing wounds of our past that we have never atoned for completely.  We've always pushed it down the road, because we don't want to deal with harsh truths.
The thing about wounds is, though, if you don't fully treat it, it just becomes infected.  That's what we have.  A deep infection in the country regarding race, that must be treated.  And the treatment is going to be painful.  It's going to require a lot of substantial change.  And it requires our full attention to it.  All of our attention.
This can't just be a fad cause for allies, like so many others.  We're seeing now that white ally support for change is starting to fade.  Just after Floyd's murder started attracting national attention and starting a conversation about race relations and power, corporations pledged $50 billion to causes on racial equity.  To date, only $250 million has been spent.  Initial investor's meetings and earnings call transcripts had a ten-fold increase in mentions of "systemic racism" and "Black Lives Matter," but those mentions have dropped back down to original levels.
Recent polling numbers show that the support for Black Lives Matter has severely declined. Despite the litany of evidence, a May 21, 2021 PBS NewsHour/NPR/Marist poll insinuates that most white people still don’t believe Black people are treated differently by law enforcement officers. While it shows that ethnic minorities’ support for the movement and for other key indicators for racial justice are higher than they were before George Floyd’s death, white people’s support has declined to levels lower than they were a year ago.
We can't keep going on like this.
We have to pay attention and do something about it.
Not debating the appropriateness of Critical Race Theory in the Southern Baptist Convention and then conveniently setting it aside so that no action is required to be taken.
Actually committing to make a change in this country.
I know it's hard, but it's simple enough even for children to understand it.
We get it as kids, we've got to do better as adults.  After the Ahmuad Arbery murder came out and there was a call for a Run With Ahmaud on the celebration of his birthday, we participated in that 2.23 mile run.  Jamie and Avalyn ran, I walked Jude in my arms or on my shoulders the whole way.  Jamie asked Avalyn why people do such hateful things.  Avalyn replied, " I think some people just don't like other people because they're black or they think that they are better but I really think it's because they just don't understand that we're all special to God.  We all get happy.  We all get sad and angry.  We're all loved by God."
Your mouth to God's ears baby girl.
Posted by Mitch at 4:58 PM